Not long ’til 2014 now – have you made your New Year’s Eve plans? Of course not. All the best New Year’s plans are left to last minute. Luckily there’s still lots of hotels with availability about. We know because we’ve been taking a look at what deals are left out there. Here are our picks of the atmospheric hotels, traditional celebrations, gala dinners and discos. The New Year’s celebrations at Chesford Grange are great for families. There’s a special family evening included in their overnight break which costs from £125 per adult and £38 per child. It’ll include a four-course buffet meal and a DJ who’ll find plenty of tunes to bridge the generation gap!
Full details here

At the BEST WESTERN Stone Manor Hotel near Kidderminster the New Year will be celebrated with champers, canapés and live entertainment courtesy of the “Cover Girls”. Plus there will be a grand Gala dinner. Book their two-night package from £192 per person and you’ll have the entire day of the 1st of January to relax and recover before you depart on the 2nd.
Full details here

What’s the biggest bargain of a New Year’s break we found…? Butlins! Yes really. They’ve cut prices at all three of their resorts for New Year, and at Skegness their three-night New Year break that was £228 per person is now from £110 per person based on two adults and two children sharing – that’s better than half price! There’s plenty of festive entertainment too, with an ice rink and popular pantomimes amongst the winter entertainment available.
Book here

The BEST WESTERN Argyll Hotel is offering a great value New Year – just £199 per person for three nights away. Your break includes all your meals plus a Champagne and canapé accompanied reception on New Year’s Day.
Book here

Your New Year could begin with a scenic setting, overlooking the Campsie Hills, and move into a blissful state of relaxation with complimentary use of the leisure facilities at the Westerwood Hotel & Golf Resort. Their three-night package starts at £279 per person which includes a three-course meal accompanied by a live singer on the 30th December, and Hogmanay celebrations with discos and dancing for the big day itself.
Book here If you’re going to celebrate Hogmanay in Edinburgh you don’t need all the celebratory extras – there’s the UK’s biggest party happening outside. That’s why we like the simplicity of New Year at BEST WESTERN Kings Manor Hotel. At £208 per person their two-night New Year package includes your accommodation and a tasty breakfast in the morning – and a Street Pass (over 18s only) so you can get stuck into the celebrations.
Book here

The Highlands Hogmanay celebrations at Atholl Palace Hotel are a bit more expensive than the others we’ve looked at. But with prices from £690 per person you know you’re in for one special New Year’s Eve. You’ll be staying in an imposing hotel with blazing log fires set in 48 acres of stunning parkland.

The break kicks off with a night of Ceilidh dancing on the 30th. The 31st will include a falconry display before the night’s Gala buffet and packed entertainment schedule. For the first day of 2014 you can join in a Haggis Rolling Competition and there’s a trip to see the Panto at Perth theatre. The break’s final night is a cabaret folk act and a filling dinner of Highland Roast beef.
Book here

Transport is included in Shearing’s New Year’s breaks. This three-night trip to Blackpool starts at £335 per person including luxury return coach transfers from the East Midlands, North East, West Midlands and Yorkshire. As for the break, you’ll stay at Libertys on the Square hotel where you’ll be treated to a five-course New Year’s Eve Gala dinner and drinks reception plus a full programme of entertainment. There’s even time for one sight-seeing excursion.
Book here

It’s only £155 per person for the two-night New Year’s break at The Lymm Hotel near Warrington – not bad considering it includes hearty breakfasts, a grown-up dinner dance, Champagne and canapés, a sumptuous gala dinner and a DJ into the small hours.
Book here Starting 2014 in a grand 17th century manor near Sheffield sounds ok, doesn’t it? Especially one with a full complement of leisure facilities: gym, indoor swimming pool, jacuzzi, sauna and steam room. You’ll be able to start 2014 fully refreshed from Tankersley Manor – if you can restrain yourself at the New Year’s Eve celebrations that is. There’s a five-course Gala dinner, a live band and DJ all night long – so it might be tricky.
Their two-night break starts at £195 per person: Full details here

If you want to make sure your New Year is entirely taken care of then book yourself onto the all inclusive New Year’s break at Oxford Abingdon HotelM. The three-night extravaganza includes Champagne receptions, a seven-course gala dinner followed by dancing through the New Year, and afternoon of bingo and cake, and a leisurely candle-lit dinner on the 1st. Drinks are included through it all – though certain drinks will be supplemented.
Price for three nights: £390 per person Book here

Want to know what the X-Factor and Britain’s Got Talent contestants do for New Year? It seems like they are all at Pontins – their Camber Sands New Year’s Eve break includes performances by MK1 and the winner of Britains Got Talent, Jai McDowell! Prices start at just £294 per apartment sleeping up to four. That’s on a self catering basis, but there are plenty of catered options available should not want to do the cooking!
Book here

Enjoy New Year like a Hollywood celeb at Macdonald Berystede Hotel & Spa, which is only fitting since it’s right down the road from Windsor Castle! Their Hollywood Happy New Year Glitter Ball starts with Afternoon Tea and carries on into the wee hours with a Champagne reception, four-course dinner, a midnight cheese board and a DJ til 1am. This all starts from £89 per person – although that doesn’t include an overnight stay, which you will probably want to add!
Book here 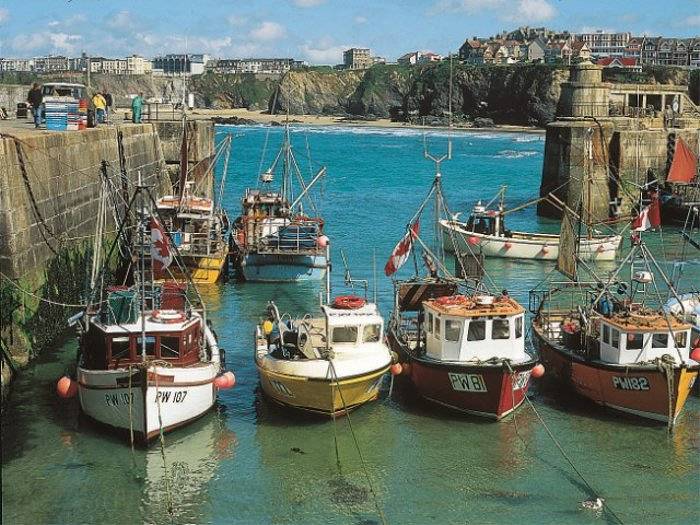 With Shearings you’ll start the New Year by the seaside in Newquay from £299 per person and they’ll do all the hard work when it comes to getting you there, with luxury coach travel included. You get three nights away at the Beresford Hotel overlooking Tolcarne Beach, an excursion to Truro, festive entertainment and more. Brunch on New Years Eve and New Years Day is just the tip of the iceberg, with two three-course evening meals plus a five-course Gala dinner on the big night also included. If that’s not enough you’ll get a glass of Bucks Fizz on arrival to kick it all off.
Book here 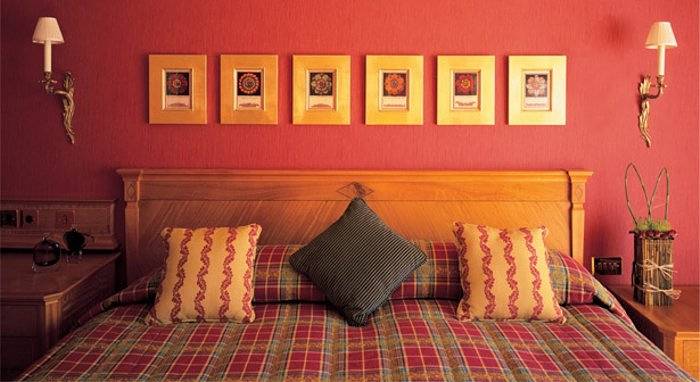 This deal gets you a gala dinner at the Celtic Manor Resort Hotel near Newport with one nights’ accommodation from £263 per person. This includes a full Welsh breakfast in the morning to help you recover as well as full use of The Forum Health Club if you feel the need to kick off your healthy 2014 straight away. Add on another night from £89 per room if you want to extend your getaway.
Book here