The Definitive Guide to Eurovision 2015

It’s the most wonderful time of the year… Eurovision time! Whether you’re eager to see the action up close in Vienna or planning a tactical holiday so you can vote for good ol’ Blighty, we’ve got all the information you’ll need to make this Eurovision one to remember.

So let us don’ ye now our gay apparel (favourably an Australian cork hat with a can of Fosters in hand) and get ready to party.

In eager anticipation of the big night, we’re having a close and judgemental look at our fiercest competition, taking a trip down memory lane to the days of Eurovision past, and getting generally over-excited for the Euro-pop extravaganza to begin! 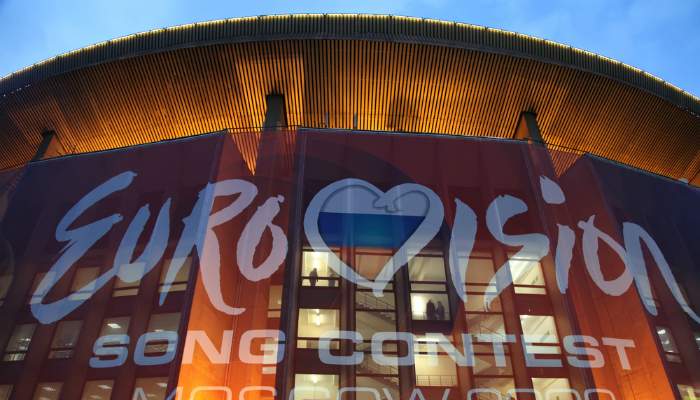 Eurovision is a complex, time-honored tradition steeped in history, so it’s understandable for it to appear intimidating to the uninitiated. Allow us to introduce you to the basics, the ground floor as it were.

The Eurovision Song Contest first began in 1956 and is an annual song competition held between countries from the European Broadcasting Union. However in 2015 Australia have been invited into the competition to celebrate 60 years of Eurovision, even though they are not technically European. As this is the 60th anniversary, 2015’s Eurovision has proclaimed itself as ‘the world’s biggest party’.

Each country will submit one song to be performed live on television across two stages of the competition; a semi-final round separates the wheat from the chaff and the 27 highest scoring countries will perform at the grand finale on the 23rd of May.

The Eurovision Song Contest has been televised non-stop every year since its launch in 1956 and is one of the longest-running television programmes in history. It is also one of the most watched non-sporting events in the world, with recent figures placing audience numbers between 100 million and 600 million internationally. You can’t argue with over 100 million people, Eurovision is awesome.

Each winning country gets the privilege of hosting the contest the following year, which can be a huge boost to tourism. Conchita Wurst was 2014’s winner with ‘Rise Like A Phoenix for Austria’, and so Vienna will be the host city for the Eurovision Song Contest for the second time this year. Expect an emotional performance from reigning champion Conchita under the slogan ‘Building Bridges’.

Okay so lets get down to the nitty-gritty. How is this game played? Well, tactically of course. There’s a lot at stake here; national pride, bragging rights, and the chance to strut your stuff as the next host country.

Each country must perform one song no longer than three minutes, with a maximum of six people on stage and strictly no live animals. All artists must be at least 16 years of age and accompanied by a backing-track containing no vocals of any kind. Despite Eurovision being ‘political’, there are strict rules that state that “No lyrics, speeches, gestures of a political or similar nature shall be permitted during the Eurovision Song Contest.”, along with no swearing to boot.

Each of the 46 participating countries are permitted to vote via telephone as well as through a National Jury made of five music professionals from each country. Each country ranks all entries, with twelve points given to first place, ten points to second, and from eight down to one point for third to tenth place. The ranking method is a 50/50 combination of both the telephone vote and the votes of the five jury members. Countries are not allowed to vote for themselves (except in 1956 when they all did). 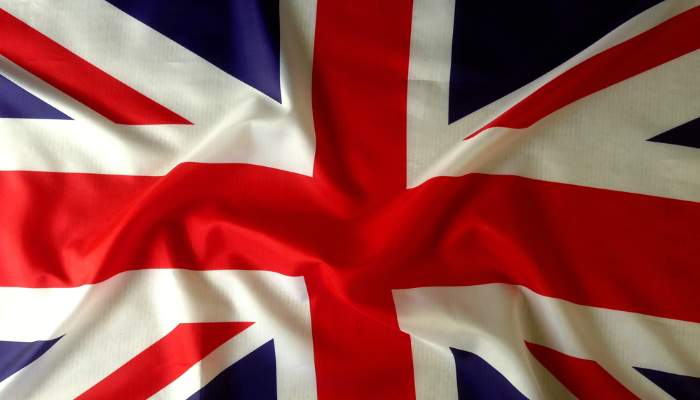 The entrants we’re hoping won’t be hearing “Nil point!” this year are Electro Velvet, a British duo performing the song “Still in Love with You”. The daring duo is made up of singers Alex Larke and Bianca Nicholas, the latter of whom has appeared on both The X Factor and The Voice.

Electro Velvet were selected by the BBC to represent the United Kingdom. The song has received a mixed to negative reception, but you can make up your own mind by giving them a listen here.

The crowd favourite this year is Manz Zelmerlow for Sweden with the song ‘Heroes’. You can listen to it here and give your own verdict.

One to watch has to be the Finnish entry ‘Aina mun pitää’ by Pertti Kurikan Nimipäivät, an aging punk rock band formed in a charity workshop for adults with developmental disabilities. Give their entry a listen now.

At the bottom of the odds table are poor Portugal, San Marino and Czech Republic who are expected to come last – but we don’t mind so long as they save us from the dreaded bottom spot! 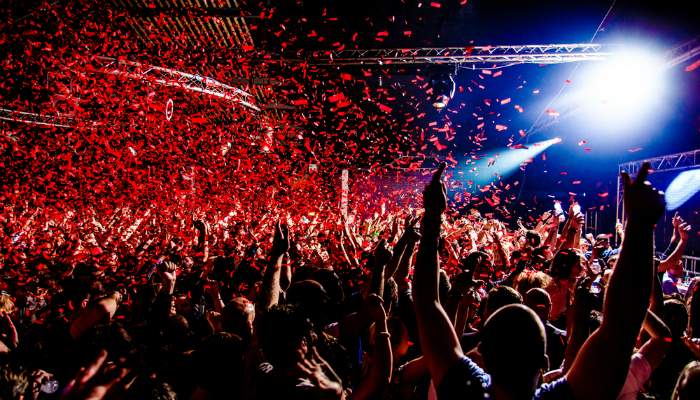 Now, time for some Eurovision trivia! This will come in useful when you’re trying to blend into the die-hard crowd in the pub come Eurovision finale night, I can guarantee it. With these feathers in your cap you’ll never be outed as a fair-weathered fan, so pay close attention.

Whip out some of this impressive knowledge and you’ll be welcomed into the fold with opened arms. 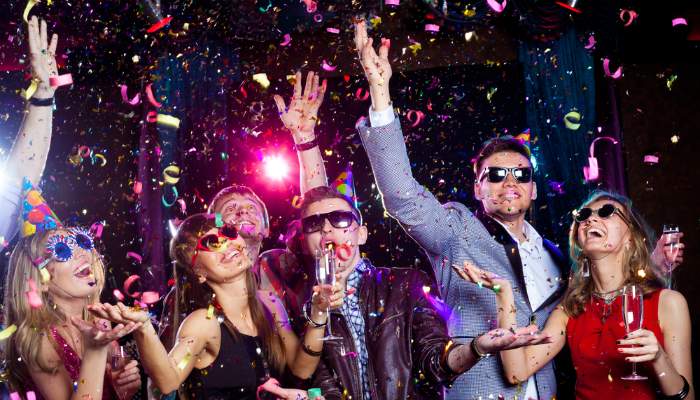 2015 marks the 60th anniversary of Eurovision, which means you’re in for one hell of a party. This is a big one which means everyone is pulling out all the stops, and Australia’s involvement will only fuel the fire.

The theme is ‘Building Bridges’ and Austria are expected to stage the evenings events around the idea of Vienna as the traditional music capital of the world, with other nations now joining them in their capital to celebrate modern music.

As always voting will be scrutinised by audiences around the world, but some votes are as much a certainty as glitter and flag waving. For example, Andorra are 83% likely to vote for Spain based on their votes since 2000. Similarly Belarus are 70% likely to vote for Russia, and Cyprus are 92% likely to vote for Greece (but definitely not Turkey). So there you are, it really is all political. 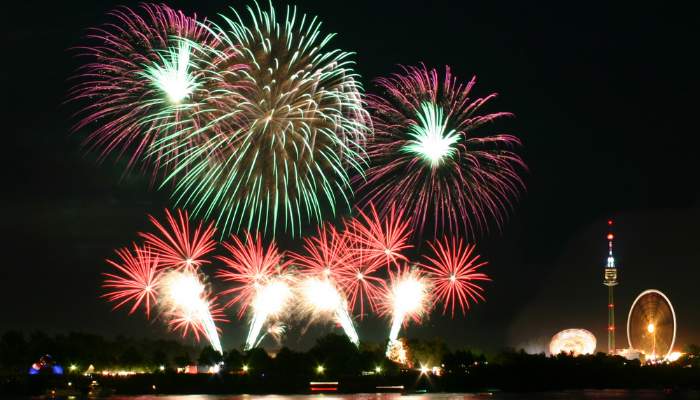 If we’ve just ignited a burning love for Eurovision that cannot go unquenched, calm down. You can fly to Vienna for the event from less than £160 return, and dance in the street with the rest of the city.

If you want to get up close and personal to watch the event, you can! Tickets prices depend on the show and seat selection, with the lowest priced tickets starting at €14 euros for the dress rehearsals, increasing to a staggering €390 per seat for the live finale show in the gold category seats.

Cities all across the UK will be hosting plenty of events for those of you who aren’t dedicated enough to fly to Austria. From sing-a-longs to fancy dress parties, to the traditional ‘lets just drink in the pub and watch Eurovision’, there’s certainly something for everyone.

And if you can’t find an event that ticks all your boxes, host your own! The best parties can take place in your own front room, so get the beers in, invite your friends round and get ready to watch the most eccentric singing competition in the world.