The USA is a country renowned for many things – glistening cities, vast deserts, lush countryside, Hollywood blockbusters, food (lots of it) and a proud national spirit that seems to flow through all its citizens. Did we mention television? Here at dealchecker, we grew up watching a whole host of American TV shows, so thought we’d take some time to rediscover them! Here are our top 20, complete with settings – get ready to venture back in time! 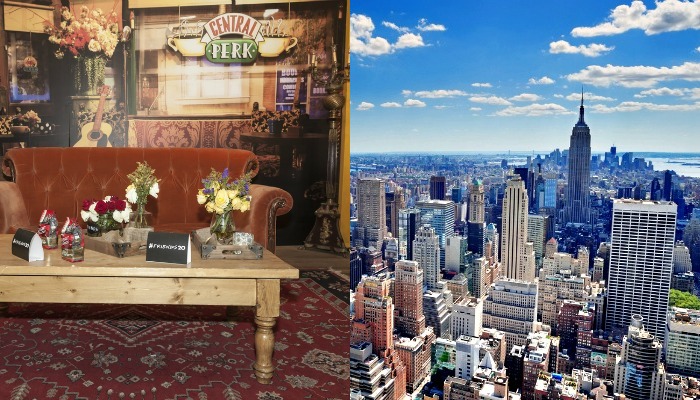 Famously set against the soaring skyline of downtown New York, this world-famous comedy series was actually shot at Warner Bros. Studios in Burbank, California. Propelling the cast members into household names, the series maintained its success during its 10 years, with actor’s fees reportedly rising from $22,000 per episode to $1 million in seasons nine and 10. Oh… my… gawd! 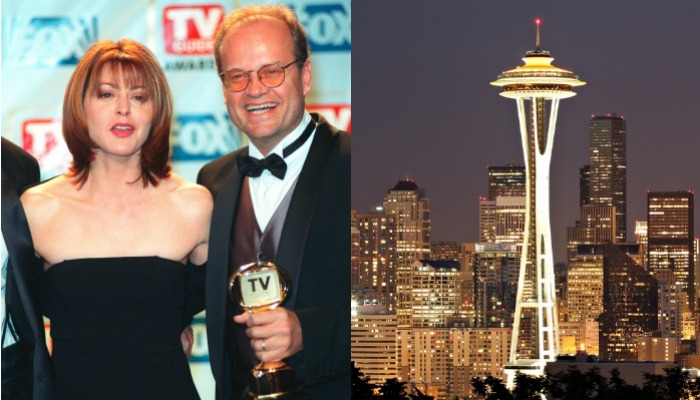 Set against the backdrop of rainy Seattle and its shiny Space Needle, Frasier was actually mostly filmed in Los Angeles – apart from the “The 1000th Show”, which was filmed in Seattle. Yep, that incredible view from Frasier’s plush apartment sadly isn’t real!

Sex and the City – New York 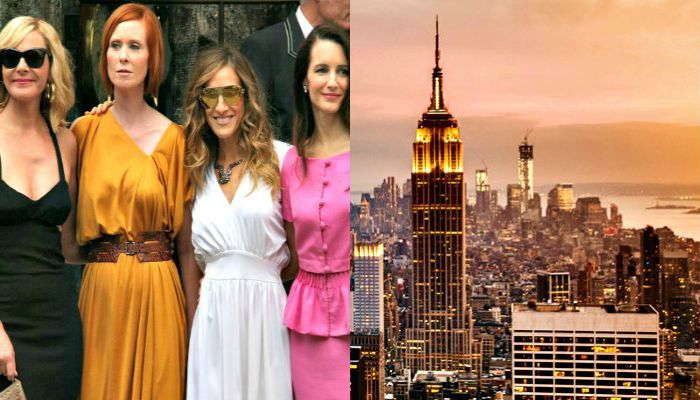 Here’s a TV show that was filmed and located in the same city – New York of course! In fact fans can enjoy a tour of featured locations and follow in Ms Bradshaw’s Manolo Blahnik footsteps with a trip to such locations as City Bakery (where Carrie and Samantha had lunch), Monkey Bar (where Carrie bumps into past fling Ray) and The Loeb Boathouse Restaurant (where Carrie and Big had an unintentional swim). 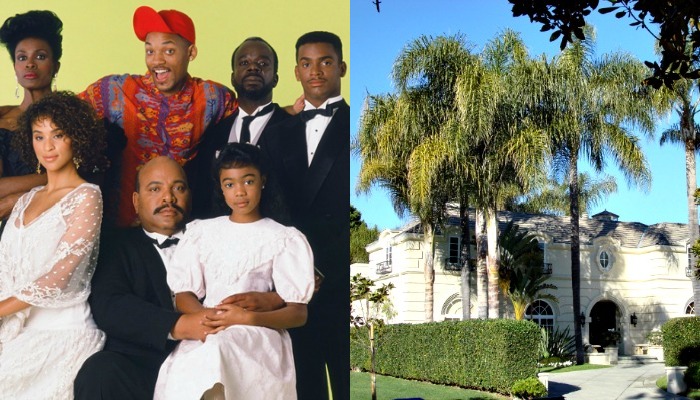 The famous white mansion that features in The Fresh Prince of Bel Air is is located at 251 N. Bristol Avenue in Brentwood, California, which is real life is 508 Saint Cloud Road. Like nearby Bel Air, Brentwood has its fair share of beautiful mansions but doesn’t quite have the same affluent reputation that Bel Air is bestowed with. 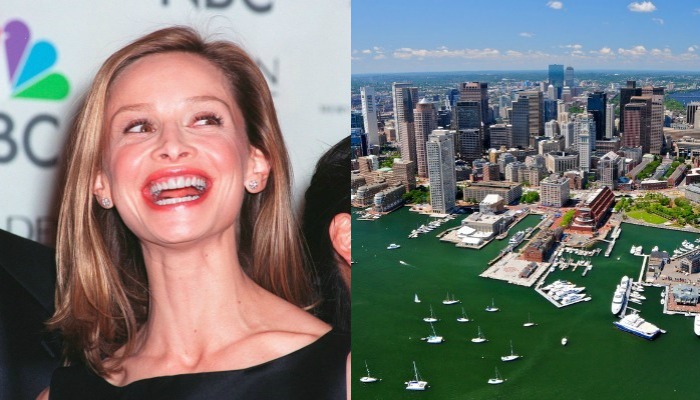 Set in the fictional Boston law firm ‘Cage and Fish’ flighty Ally McBeal was a familiar face on our TV screens back in the 90s. Head to 14 Beacon St (Bowdoin Street) in Boston, where the Congregational Library and Archives are currently held – the seventh floor is the former office of Ally herself! 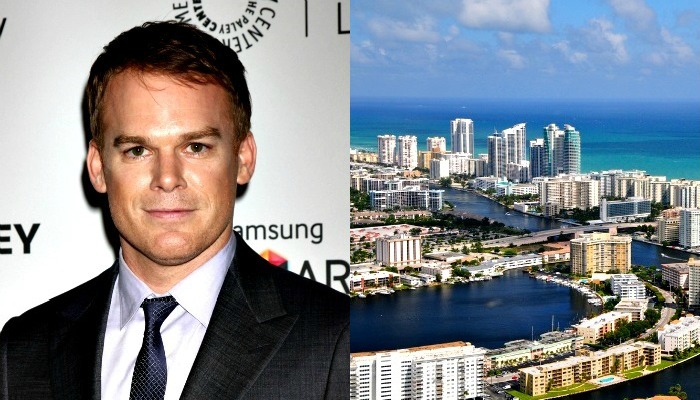 This Miami-based splatter expert / serial killer lives in a stunning coastal location, around a 30 minute walk from South Beach. Fans can arrange a special tour of locations featured in the city, or head for a glimpse of his actual apartment at 1155 103rd St – but beware, it’s a gated community and locals don’t take well to trespassers! 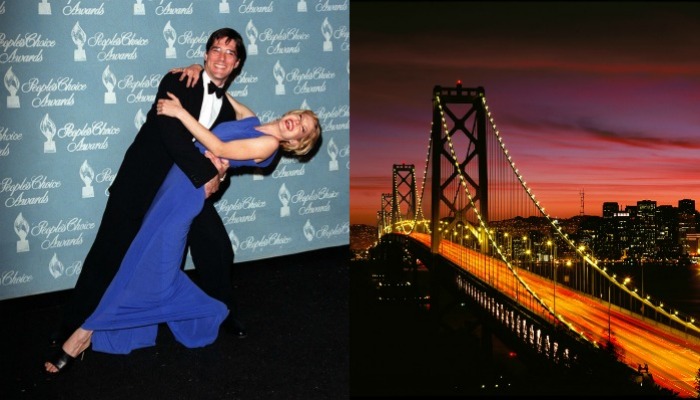 This award-winning comedy about a mismatched married couple is set in multi-cultural San Francisco and features a clash of high society stereotypes with free-living hippies. The sitcom is known for raising some interesting (if satirical) insights into this diverse American city. 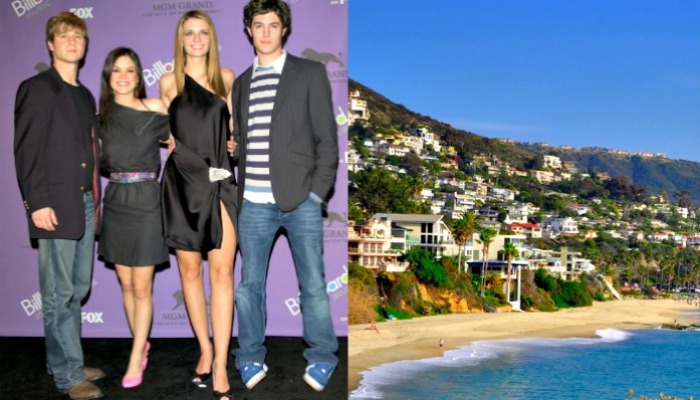 Filmed in a range of locations across California these beautiful, angst-filled teens had us glued to our screens 10 years ago. The famous pier scenes are filmed at the Redondo Beach Pier, at the west end of Torrance Blvd. 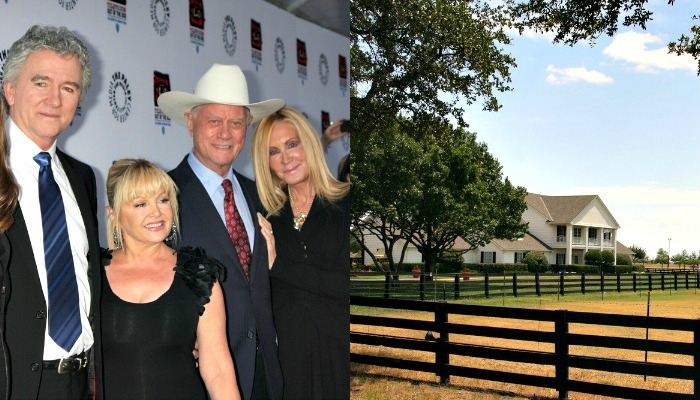 Southfork Ranch in Parker, Texas, around 25 miles north of Dallas is home to the famous Ewing Mansion and the setting for this beloved TV show that ran for over 20 years. 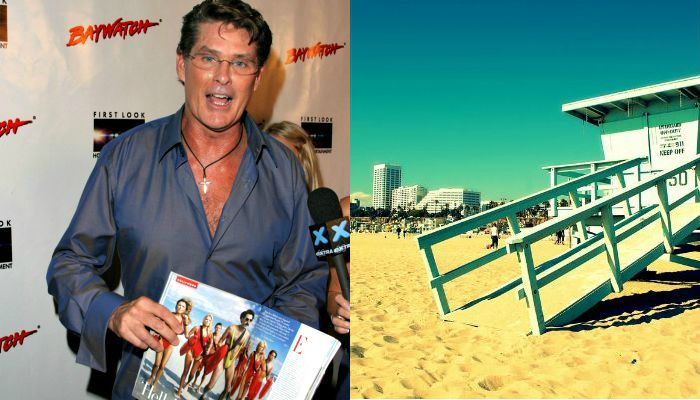 This sandy beach with its famous lifeguard towers was the setting for most of the Baywatch scenes. The pretty beach makes for a great day of sun-soaking. Brave fans can don a red costume and recreate some Pammy-style scenes! 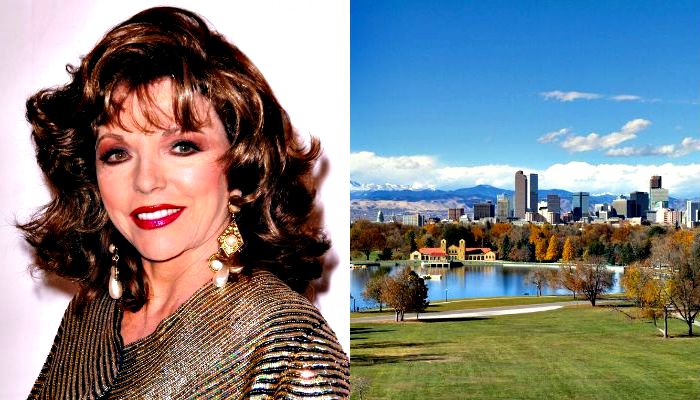 Fictionally set in Denver, Colarado, with its glistening skyscrapers and mountainous backdrop – most of Dynasty was actually filmed at the Filoli estate in Woodside, California, where the 48-room Carrington mansion can be found. 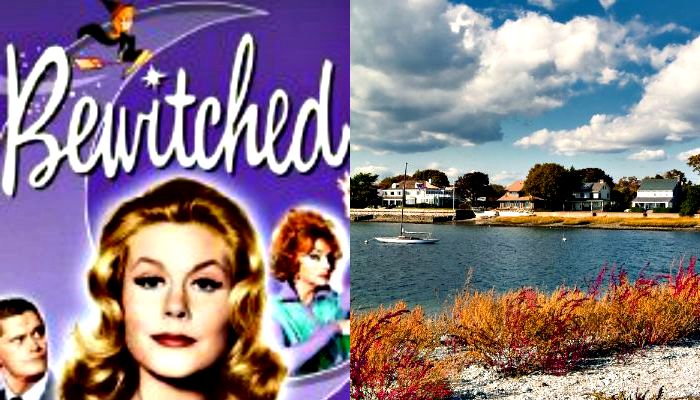 Running from 1964 to 1972, Bewitched was set at the Stephens’ house at 1164 Morning Circle, located in Westport, Connecticut. However, the series actually had conflicting information throughout with one episode featuring the Mills Garage in Patterson. Still we weren’t to notice with all that magical fun! 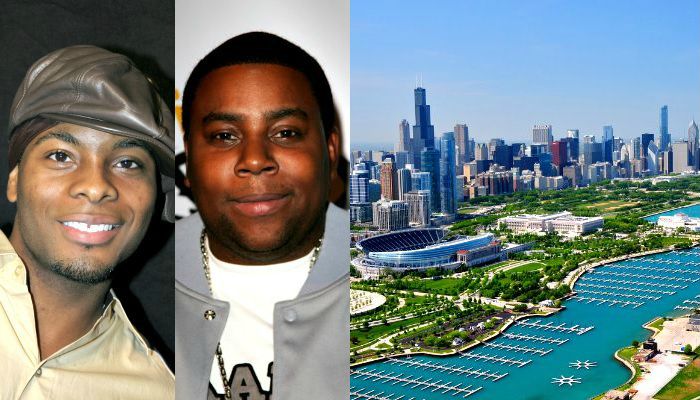 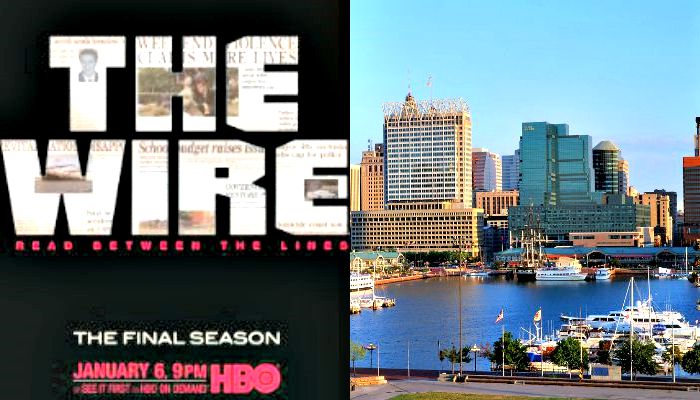 With its huge fan base, this crime drama was set and produced in and around Baltimore, Maryland, running for a respectable five seasons. The Wire has been described by many critics as one of the greatest TV dramas of all time, due to its deep social and political themes. The themes match the location, Baltimore is a fascination city of contradictions, with world-class museums and trendy boutiques against a gritty urban backdrop. 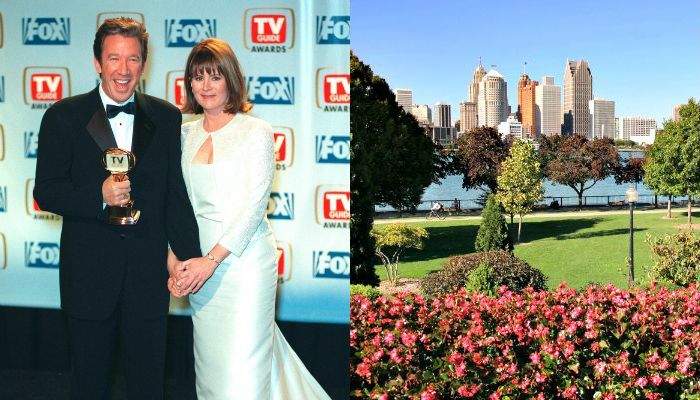 Like many US sitcoms, Home Improvement was mainly filmed in Burbank, California, yet the loveable family lived in suburban Detroit. Beyond its suburban side, Detroit has an interesting art scene and a strong DIY spirit that inspired the sitcom’s location. 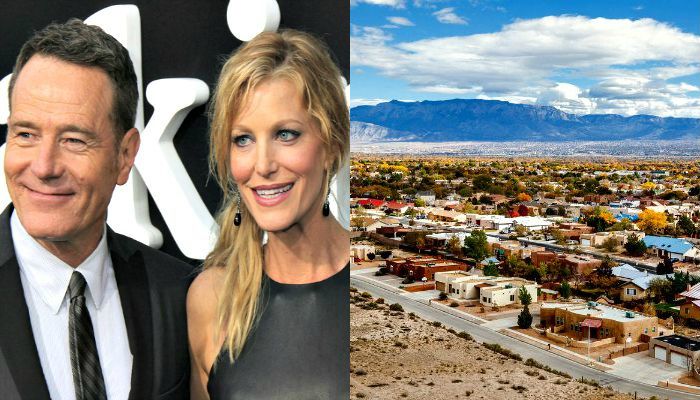 This incredibly popular crime drama utilises the stark, fascinating setting of New Mexico throughout its episodes. Dubbed the ‘Land Of Enchantment’, New Mexico doesn’t feel like America with its seemingly endless desert plains, mud-brick buildings and dramatic backdrops. A visit to Albuquerque and it’s surroundings will feel like an exciting step into the unknown – a bit like Walter White’s journey (but without the meth). 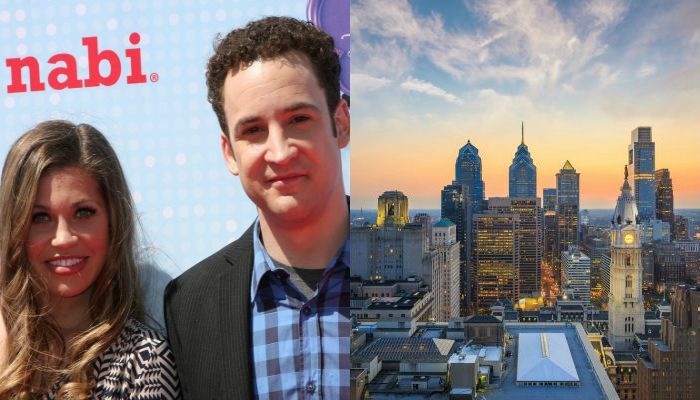 This cute coming-of-age sitcom is set in Philadelphia, with all of the main characters (including the adorable Topanga and Cory) supposedly born there. Around 90 miles from New York, Philadelphia has a lively food, music and art scene, plus neighbourhoods brimming with personality. 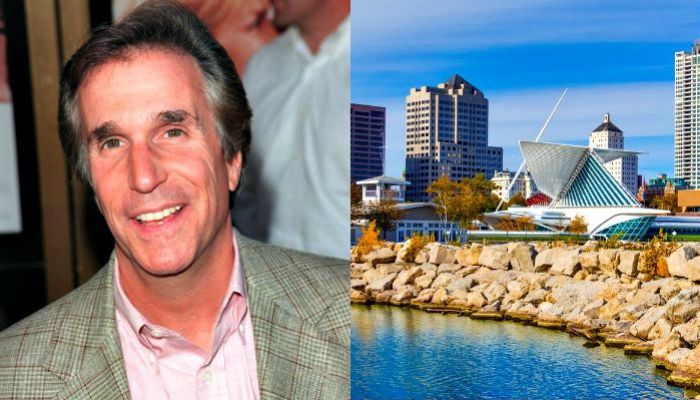 As one of the highest rating shows of the 1970s and with a theme tune so catchy that it still springs to mind today, Happy Days laid the foundations for many American sitcoms. Shot in California, but set in Milwaukee, the backdrop of pubs, bowling alleys and 70s trendsetters was pure Fonz. 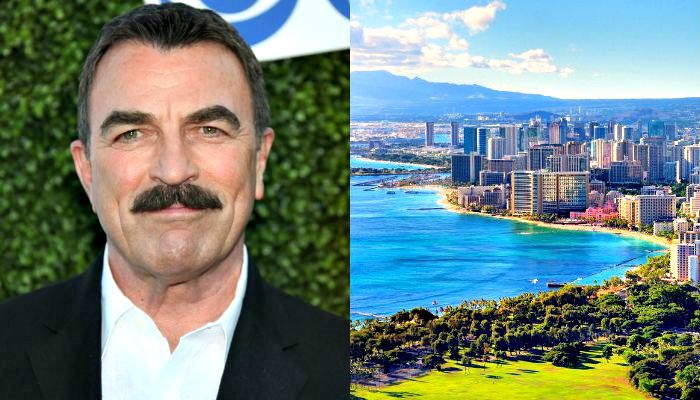 This popular detective show starring Tom Selleck and his famous moustache was filmed and set in Oahu, one of the stunning Hawaiian islands. Multicultural Oahu is often the starting point for many an island-hopping adventure, Thomas Magnum’s tiny shorts are optional. 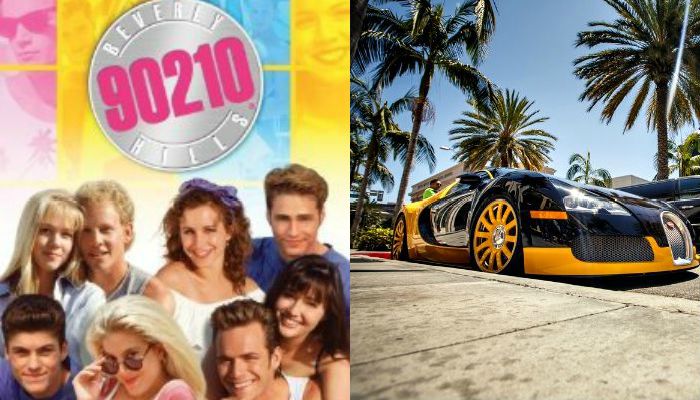 This iconic drama that followed the lives and loves of a group of privileged youngsters living in “Melrose Place”, California, was a hit with many a teen! Filmed and set against the uber-trendy backdrop of Beverly Hills, it showcased the immaculate mansions, swanky cars and uber-beautiful beings you’ll get to rub shoulders with there.