7 Alternatives for Vistas on the Cheap

To see a destination in its entirety you’ve got to get up high. Whether it’s a vista of a glorious tangle of city streets, a vast seascape horizon, or an epic mountainous panorama, a good view is a great introduction to a new city and can evoke a humbling feeling. The most famous viewpoints in the world can cost an arm and a leg, so we’ve come up with some cheaper alternatives that won’t cost you a pretty penny, but where the views are still very pretty indeed. 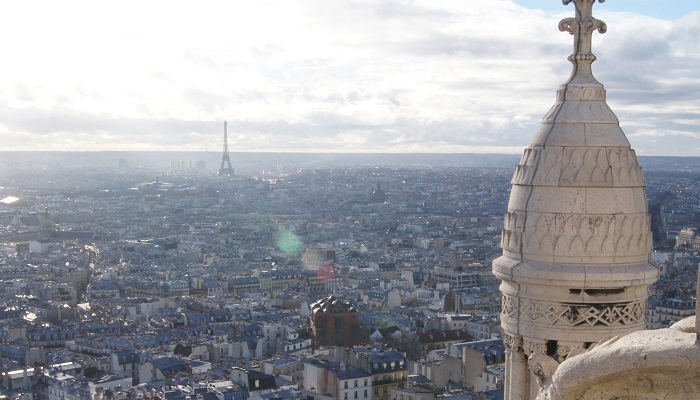 Paris is an overwhelmingly flat city characterised by long, straight boulevards that contrast against the winding bends of the River Seine. Tourists are all too often lured by the Eiffel Tower for views of these humming city streets. And we’re not knocking it, but why not head to Montmartre instead for an equally romantic view? Montmartre offers a slightly higher altitude at a not-so-dizzying 130 metres above sea level. The hill in the north of the city has splendid views, steps up to the legendary Sacre Coeur Cathedral, and to top it all off, you get a dreamy sunset view with the Eiffel Tower dominating the skyline, and for free! Ooh la la. 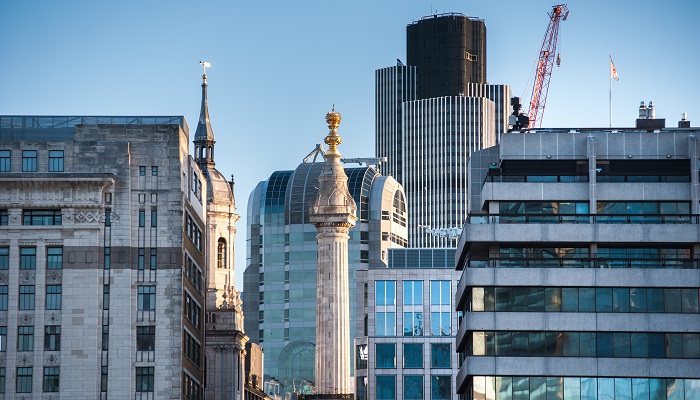 If the London Eye’s price tag and eye-watering queues don’t appeal to you, cross the river and weave your way through the backstreets into the City. Lurking behind towering glass offices, and towering above all the street level chaos of busy Londoners rushing around with piping hot Pret coffees, is this soaring column and time capsule of British history. Erected in 1671 as a tribute to the Fire of London which ravaged the city after spreading from a baker’s on Pudding Lane, the tower’s interior is made up of a steep and winding staircase, and after 311 steps, opens out to a great view of the city, all for a modest fiver! 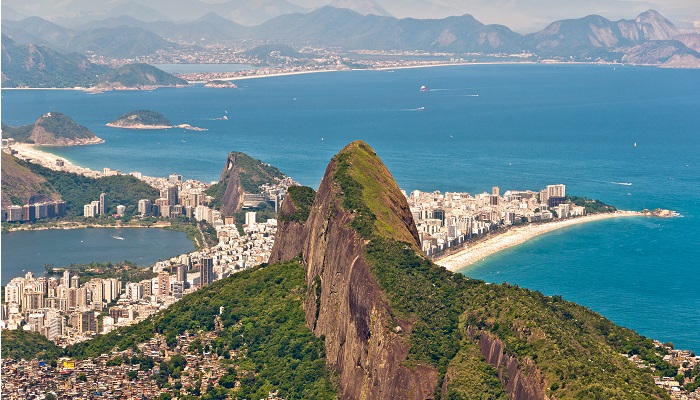 Rio isn’t short of excellent viewpoints, with plentiful peaks and mountains peppering the city’s iconic landscape. The carnival capital’s most famous tourist hot spot is Sugar Loaf, a towering summit right in the heart of the city where you can see all from the majestic Christ the Redeemer, to the legendary beaches of Ipanema and Copacabana. It’s a phenomenal 360 degree view, but for an alternative vista where you can save your pennies, make the journey up Dos Hermanos at the edge of the city. Here you can enjoy a mesmerising sunset view over Rio’s legendary beaches and colourful favela districts, and save the cash for much-needed caipirinhas! 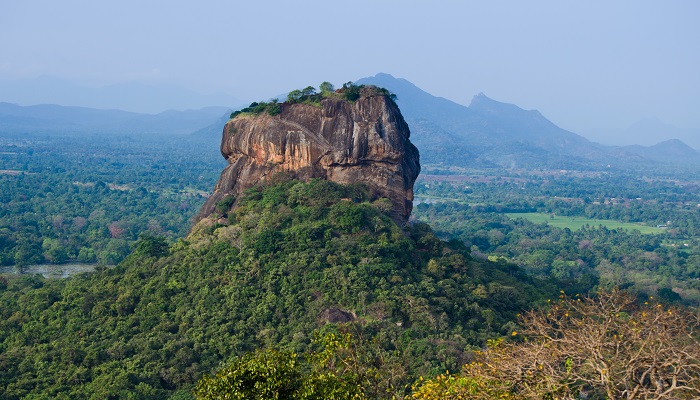 An imposing fortress in the heart of Sri Lanka, Sigiriya or ‘Lion’s Rock’ is a hulking landmass surrounded by tropical jungle as far as the eye can see. Its bizarre and otherworldly geological formation makes it a favourite among tourists, as well as its mystical religious heritage, which attracts pilgrim Buddhists who loyally climb the 1,200 ancient steps to visit the site of an age-old monastery, and also to take in the awe-inspiring vista. Sigiriya comes with a price tag though, costing around $25 to make the ascent. This is where the aptly named ‘Cheap Rock’ comes in. Cheap Rock is Sigiriya’s neighbouring peak, and for 100 Sri Lankan Rupees – roughly around 50p – you can make your way through the jungle foliage to the plateau where you’ll get the same great view but with the epic Sigiriya studding the horizon. 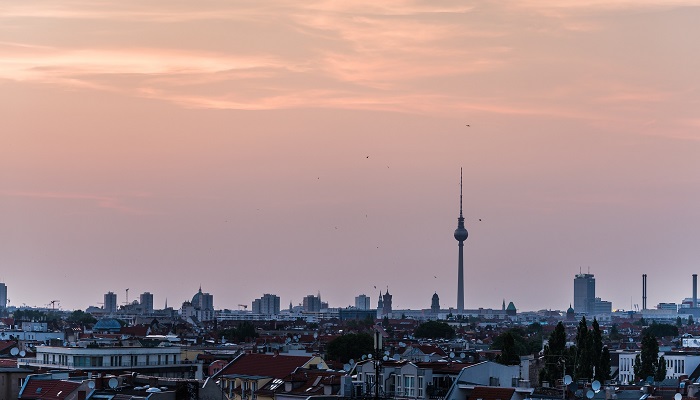 The iconic Fernsehturm tower stands tall and proud at a mighty 368 metres in the heart of the vibrant city of Berlin, and is one of the most famous spots for an Insta-worthy view. Its rotating platform is a massive lure, but queues are often long and tickets cost over £10, which you’ll be needing for beer and bratwurst. For an equally captivating vista, venture south to the fashionable district of Neukolln and make your way up Klunkerkranich. This open air bar and event space sits on the roof deck of a parking lot (of course it does, it’s Berlin!) Catch a show, a musical performance, or just relax with a sunset view of the city, and get in before 4pm for free entry. 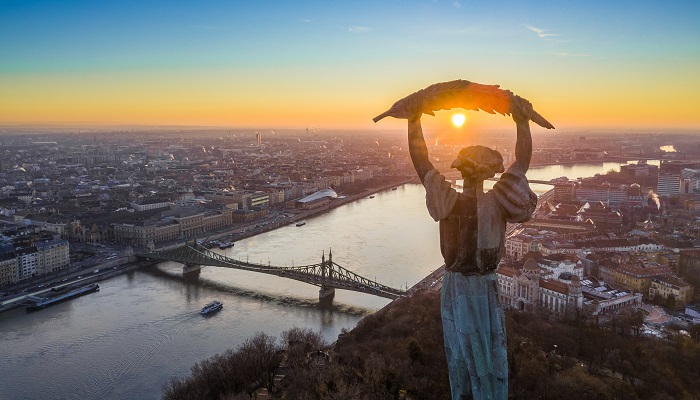 Budapest is a spellbinding city which rarely fails to capture the hearts of its visitors. The sprawling city is split into Buda and Pest by the winding river Danube, and the city is further divided architecturally, with regal Gothic buildings and old imperial styles contrasting against formidable communist blocks. The city’s architecture is what narrates its Cold War history, and so seeing it from above, where you can see the cityscape in its entirety, is essential when in the Hungarian capital. You can climb the famous St Stephen’s Basilica, or get an even more stunning view from the Liberty Statue, best visited as the sun sets over the city. 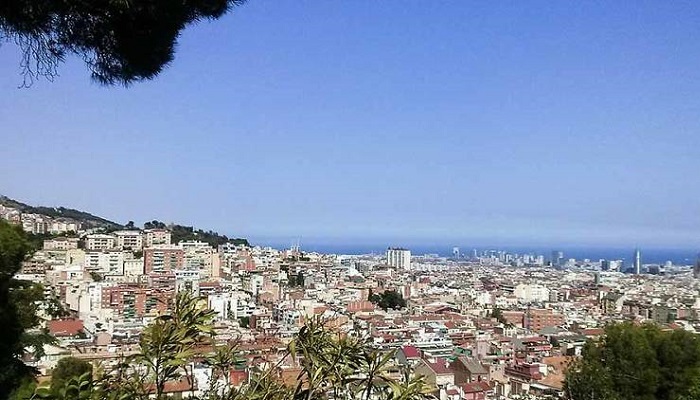 Image © Alexa Tucker
The famous architect Gaudi put his stamp on the romantic cobble-stoned city of Barcelona with his eccentric works and distinct style of building. Generations later, tourists still flock from across the globe to see these works up close. Nowhere in the city are these pieces of art more visible than from the stunning Park Guell – an open air garden space where colourful mosaics and otherworldly structures sit before a backdrop of the horizon. The park isn’t free though, and there are other spots where you can get up high and take in the views of this splendid metropolis. Head to Parc del Turo del Putxet, a hidden gem with plenty of species of plants and flowers like in Park Guell, and soak up the dramatic views of the city skyline.

If you’re inspired to jet off on holiday, play around with our comparison tools and book your next adventure
Compare: holidays | flights | car hire | hotels