A Stroll Through Seville

For many, city breaks are an opportunity to eat well, drink plenty and see some beautiful landmarks. Seville melds these traditions harmoniously, making the latter all the easier with a small centre and overwhelming number of historic and pretty sights to explore. So many, in fact, that where to go first and what order to see everything in can often be an overwhelming thought. However, with the Guadalquivir river to follow and this handy guide committed to memory, you’ll find yourself strolling like a local in no time. 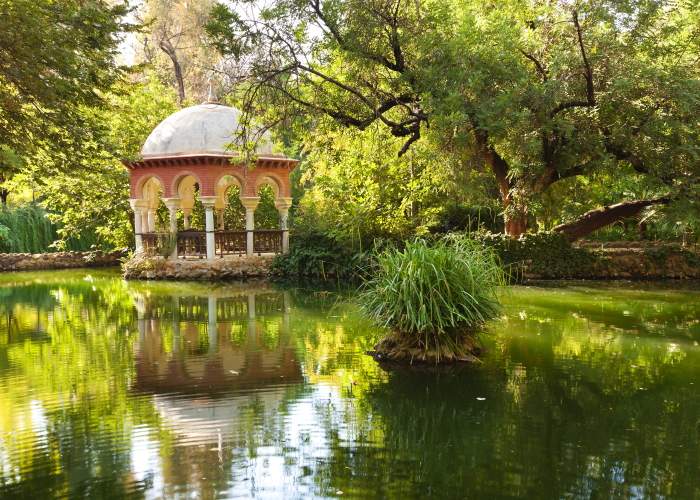 Begin your pilgrimage in the southern end of the city centre in the lush surrounds of Parque de Maria Luisa. Stretching along the banks of the Guadalquivir river, the park’s grounds once belonged to the Palace of San Telmo but were gifted to the public in 1893 by the Duchess of Montpensier. Once you’ve wandered amongst the many winding paths and cute pergolas, find a spot of shade under one of the larger trees to cool off.

You’ll find this stunner of a structure on the north-eastern edge of the parque. Though its design would imply otherwise, the Plaza was only built in 1928 for the Ibero-American Exposition World’s Fair. With a plethora of hand-painted tiles and a moat complete with row boats and fountains, grandeur seeps from every corner of this building. For the ultimate ‘Gram shot, hire a boat for half an hour and float lazily around the moat until you find the perfect backdrop. 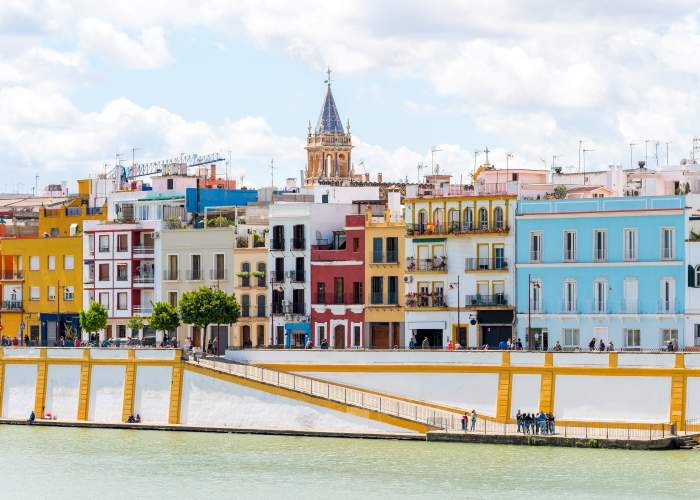 Opened in 1931, this bridge is a convenient crossing point to leave the eastern bank of the river behind and head into the ever-popular neighbourhood of Triana. Find your way to Calle Betis to explore the road’s restaurants and bars and more importantly – venues hosting live flamenco music. With its roots in the region, flamenco music and dance are a must-see when in Seville. If you’re worried about your undiscerning ears, then ask for some recommendations from locals of places to hear and see the iconic art form . 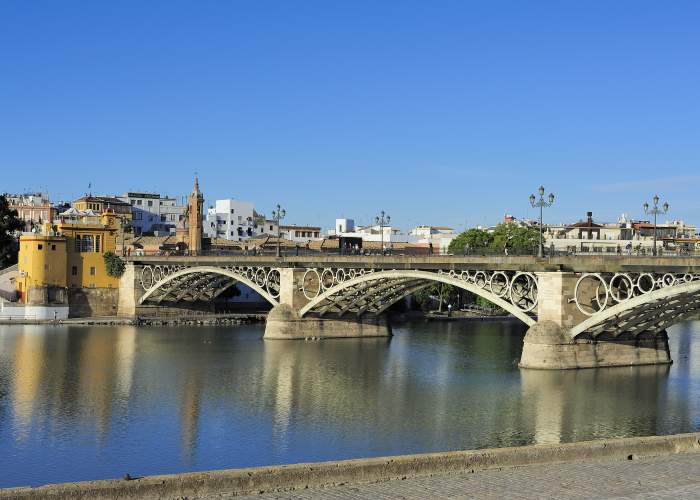 Having had your taste of flamenco, you can now wander up to the metal arches of Puente de Isabel II. Before you cross however, pop into Triana Market. The indoor bazaar makes for a great refuge from the midday sun and is alive with stalls selling fresh meat, produce and tapas. Once you’ve had your fill, carry on over the bridge and be sure to pause midway for a lovely view of the city from the river. Once back on the other side, begin to walk east away from the bank. 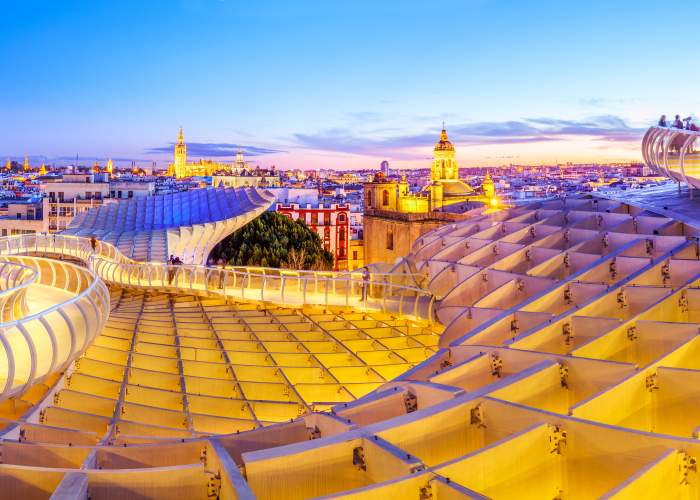 Often referred to as the Mushrooms of the Incarnation, this modernist wooden structure stands in stark opposition to the traditional architecture that surrounds it. Part parasol, part museum and part viewing platform, the building makes for an incredibly interesting visit. Pay the few euros it costs to head up to its roof and enjoy sprawling views over the city, though be sure to apply the factor 50 if it’s a sunny day! Once you’ve had your fill of fungi make the short 10-minute walk to the last leg of your tour. 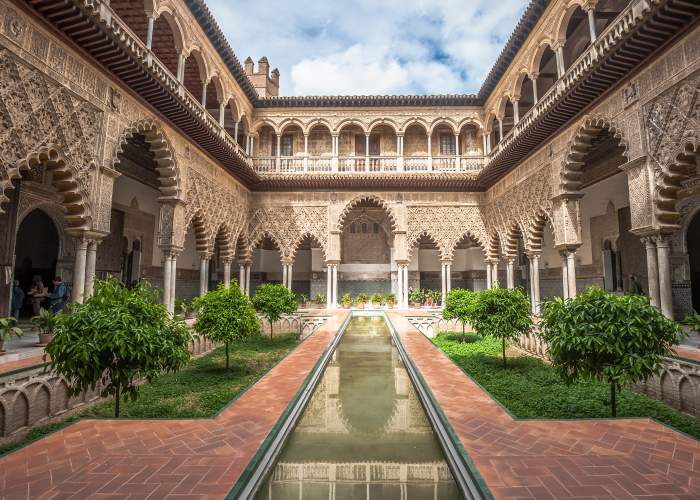 Having both been given World Heritage Site status back in the eighties, these two sprawling structures draw massive crowds all year round. The cathedral dates to the 16th century and is the largest of its kind in the world. The Gothic architecture is quite something to behold, as is the view from the top of the Giralda tower. The palace can be found just across the square and is nothing short of stunning. Its grounds are home to gloriously decadent gardens while the interiors are steeped in the history of its former occupants. In more recent years the palace has found new fame as a filming location for Game of Thrones.