Delhi Attractions: The Best of the New and the Old

Overflowing with energy and vibrant stimulations for all the senses, Delhi – both New and Old – is steeped in history and interest. There are more attractions crammed into the city than you can shake a stick at. So, we’ve rounded up some of the best, new and old, so that you get a taste of each side of the city! 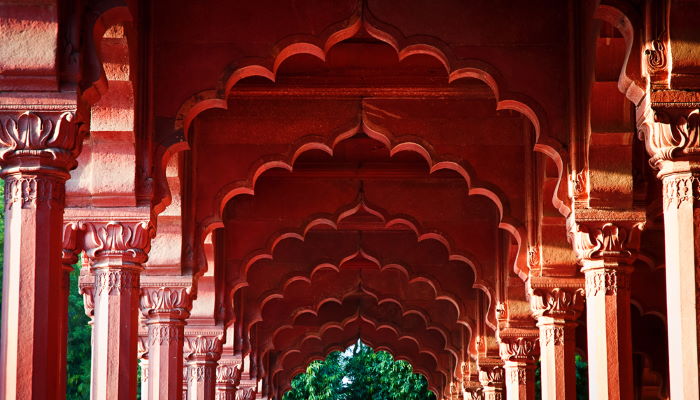 One of the most iconic images of India, the Red Fort is almost 400 years old! Constructed from red sandstone and marble, the fort was completed in 1648 after eight years of hard work. The fort was originally built as the palace of Shahjahanabad by the fifth Mughal Emperor Shah Jahan, but today acts as the location for the Prime Minister’s speech to the country on Indian Independence Day. 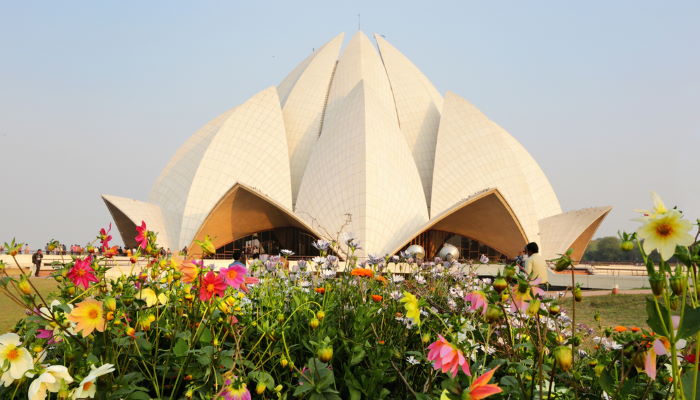 Set in green surrounds, the Lotus Temple bloomed in 1986 and has been a place of worship ever since. Its namesake, the lotus flower, was the architect’s muse for this unique design, due to its prominence as a symbol in Hinduism, Buddhism, Jainism and Islam, meaning worshippers of any faith are permitted to visit! The temple is the final of the seven major Baha’i’s temples built around the world. 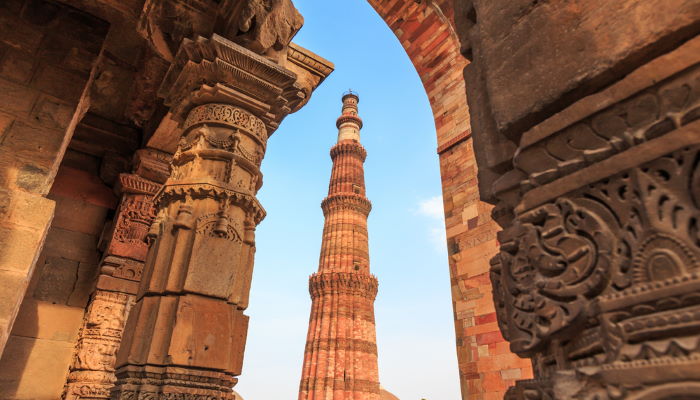 Built in the 12th century, the Qutub Minar is an imposing 73-metre tower, built to symbolise Muslim dominance after the defeat of Delhi’s last Hindu kingdom. Inside there are five storeys and 379 steps. Possessing the title of the tallest tower in India, Qutub Minar was built in three different stages, which are clearly visible from the outside, due to the contrasting materials used.

Contrary to what you may have believed, one of the most prominent symbols of Delhi, the India Gate, is less than 100 years old. It stands proudly as a memorial for the 70,000 soldiers who died in the First World War. 13,000 names are engraved on the walls of the memorial, which mirrors the designs of the Arc de Triomphe in Paris and Rome’s Arch of Constantine. 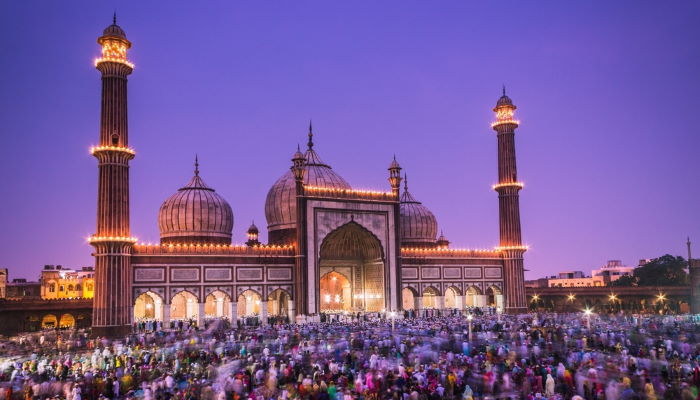 The Jama Masjid is one of India’s largest mosques and can accommodate 25,000 people – pretty impressive considering it was built in the 17th century! The ornate architecture and gargantuan domes together make for a breathtaking sight. Not to mention the two 40-metre high towers at the façade. 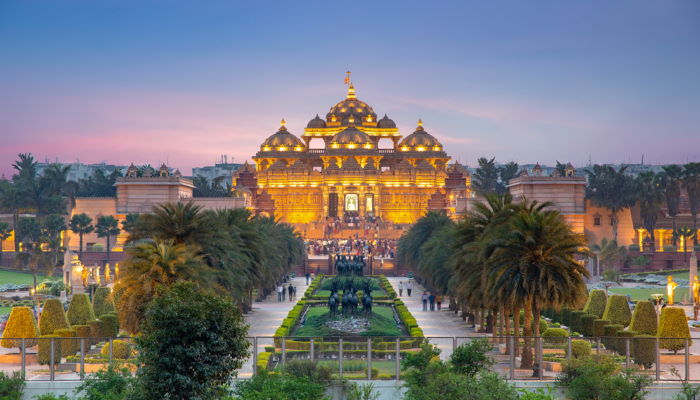 This place may look historic, but it’s actually probably younger than you! Built just 15 years ago, Akshardham makes up in beauty what it lacks in years. Meaning divine above god, Akshardham is a place of devotion and worship, and it is easy to see why. Delicate carvings of flora, fauna, dancers and musicians adorn the walls and create a fabulous display from near and far, especially when night falls!

Have we inspired you to visit Delhi? Check flights and holidays.