Remember, Remember, the Fifth of November: Bonfire Night Firework Displays Near and Far

Our national, annual Bonfire Night tradition began on 5th November 1605, when fires were lit to celebrate the safety of King James I after the Gunpowder Plot schemed by Guy Fawkes – and other conspirators – was foiled. Fawkes was found in the basement of the Houses of Parliament with a pile of firewood and enough gunpowder to blow the building to smithereens. He was tried and executed in January 1606.

Celebrations have evolved from asking for a “penny for the Guy” – a dummy of Fawkes that would later be burnt – to parades of topical, and often political, effigies in towns famous for the fifth, such as Lewes and Edenbridge. For most of us though, it’s an opportunity to get wrapped up and enjoy a firework display in our local community, with a sparkler in one hand and a toffee apple (or a hot toddy) in the other. We’ve shortlisted some of the main events happening around the country, and some across the rest of the world, too. 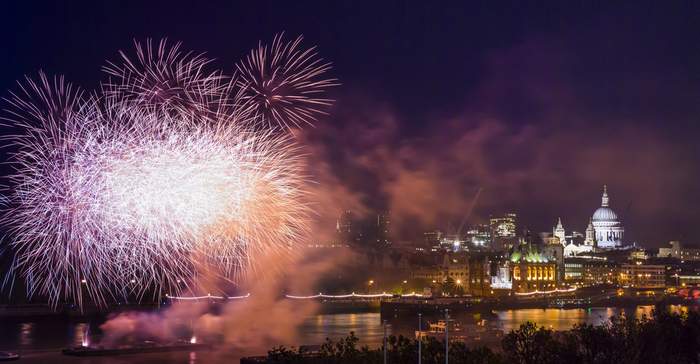 If you thought the season of rooftop bars was behind us until next year, then think again. Dig out your thickest knitwear and find yourself a spot on a trendy terrace, from which you can enjoy the London skyline as it is painted with glittering neon while getting lit in a completely different way.

If you prefer to be closer to the action, then head to one of the capital’s favourite organised events, such as Ally Pally’s Fireworks Festival, which takes place the weekend before Bonfire Night and features a German bier hall, street food stalls, an impressive bonfire featuring a 30-foot effigy, an ice rink, a fairground and DJ sets from the likes of Rob da Bank. Who says festivals are just for summer?

South of the Thames in Battersea Park, there’s a family-friendly daytime event on Saturday the 2nd. In the evening, it turns into an adults-only after party starring Rudimental, who will perform their drum and bass bangers.

The North and Midlands 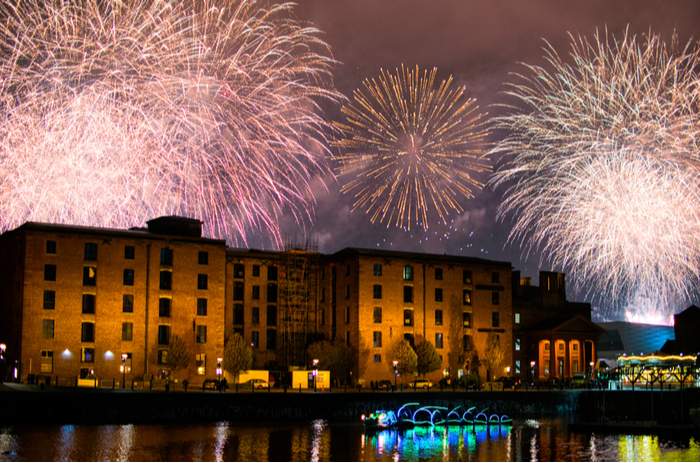 Outside of London, there’s a scattering of fireworks festivals to choose from. Liverpool’s River of Light spectacle spans from the 1st to the 9th November, and features ten light installations across the city centre, including some seasonally spooky spiders that appear to crawl across the Cunard Building. On Sunday 3rd, a fireworks display will take to the skies above the scenic waterfront of the River Mersey.

Platt Fields Park in the centre of Manchester will be transformed into a kaleidoscopic playground on the evening of the fifth, with a funfair and food stalls, and a bonfire and firework display beginning at around 7:30pm. Meanwhile in Birmingham, Tamworth Castle provides the backdrop to the city’s most popular Guy Fawkes celebration, which includes face painting and fire performers. The ancient structure, which dates from Anglo Saxon times, make for a spectacularly atmospheric evening. 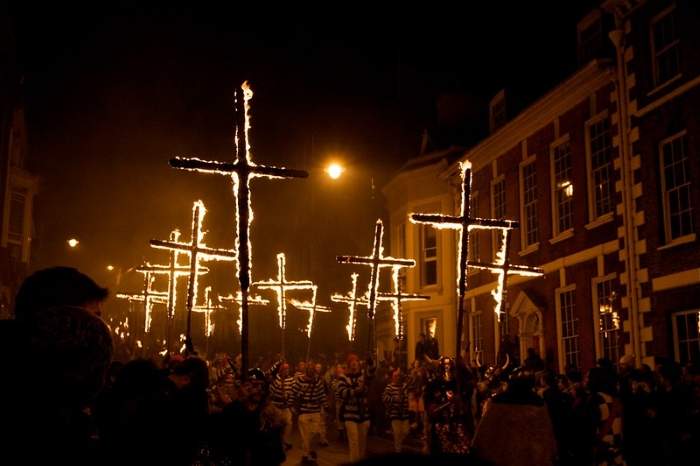 One of the UK’s largest bonfire celebrations takes place in the usually sleepy town of Lewes in East Sussex. There are six bonfire societies that partake – with a little friendly rivalry – each year on the day itself, and contribute to around 30 processions that pound the medieval streets. Figurines depicting topical (and usually political) figures are set alight, plus 17 flaming crosses are carried – they represent 17 local martyrs who were burnt at the stake in the 16th century. Due to the popularity of the town’s festivities, there are rail and traffic restrictions that you may want to check before you pack your costumes and sparklers.

Up the road in Edenbridge in Kent, it’s all about the Guys. A parade through the town culminates at the Fireworks Field, where partakers can find fairground rides and food stalls. The main draw however, is the lighting of two 10-metre effigies – one of Guy Fawkes, and another of a ‘celebrity guy’. In the past, Boris Johnson, Donald Trump, Harvey Weinstein, and Katie Hopkins have all come under fire. 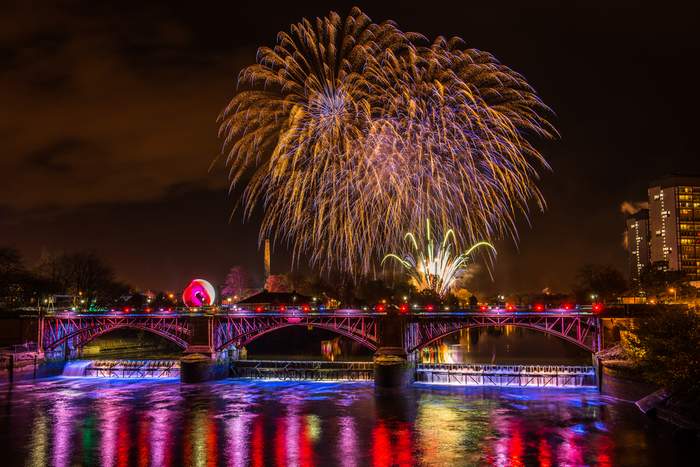 An outdoor shindig in chilly Scotland might not be at the top of your list at this time of year, however the addition of twinkling fireworks and a roaring bonfire to warm your hands around makes it much more appealing.

One of the most popular events takes place at Hopetoun House, a sprawling stately home in West Lothian. The family-friendly gathering invites guests to enjoy a fireworks display and bonfire, as well as games and food on Saturday 2nd November – it also marks the 10th anniversary of the celebration.

The Glaswegians will side with tradition this year, and have arranged their famous – and free – Glasgow Green festivities on the fifth itself. As well as enjoying a display that will illuminate the People’s Palace and Winter Gardens, there will also be funfair to the delight of the city’s children, adults and students.

Let’s face it, a Scottish knees-up is legendary, just make sure you keep the firewater away from the flames!

Rest of the World 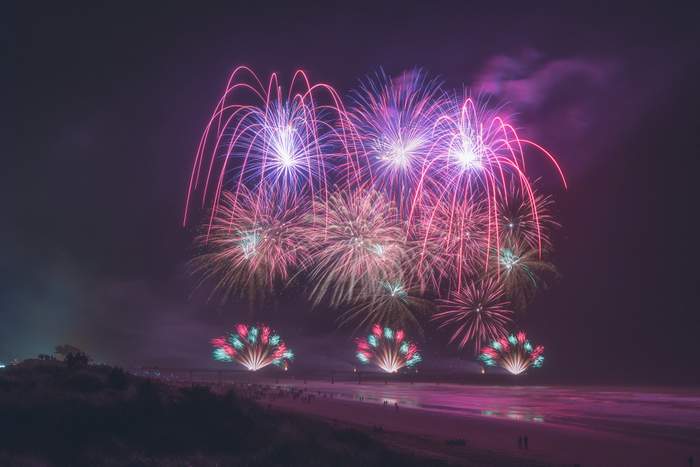 Bonfire Night might be one of Britain’s best-loved traditions, but there are some other nooks of the world where the anniversary of the failed Gunpowder Plot is also curiously celebrated.

In New Zealand, the fifth of November marks the start of the summer for our friends on the other side of the planet. One of the country’s most impressive firework displays takes place at New Brighton Pier in Christchurch – which is one of the biggest piers in Australasia.

Newfoundland in Canada used to be part of the British Commonwealth, and some parts of it still celebrate Bonfire Night with the addition of delectable treats – such as toffee apples, s’mores and marshmallows, preferably toasted over the fire.

Far away from the crunchy leaves and early frosts of November in the UK, St Vincent and the Grenadines puts its own spin on Guy Fawkes night by holding tea parties and organising bamboo blowing competitions.These contests involve pouring kerosene down a cannon-shaped length of bamboo, and blowing on it until it bursts, making a loud noise and emitting a large flame. We’ll probably just stick to sparklers…