Where To Go On Holiday In February

In our monthly travel guide for February, we take a look at what’s happening around the world, where’s best to visit during the most loved-up month of the year, and where to book now before the crowds descend! Remember, it’s a leap year, so you’ve got an extra day to play with! 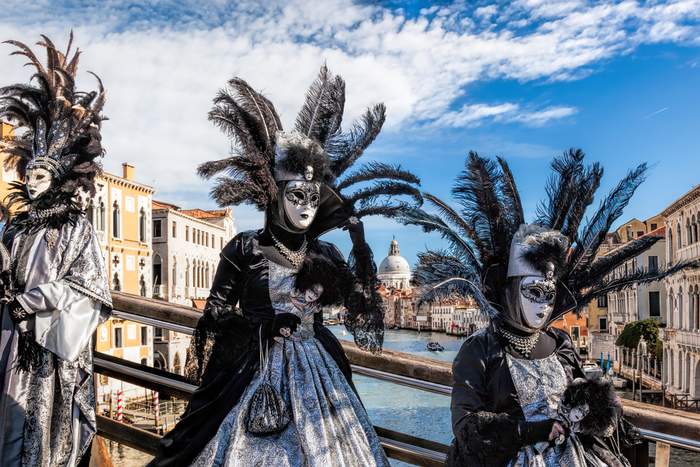 One of the world’s most elaborately costumed events, the Venice carnival, began in the 12th century when the republic defeated the Patriarch of Aquileia – the debauchery spanned around two months. The annual celebration was halted in 1797 when the lavish masks were used to hide the sins of the city: namely the identities of prostitutes and gamblers. Fortunately, it was revived in 1979 and now attracts hundred of revellers each year. You can expect decadent masked balls, best mask contests, street shows and the flight of the angel – one of the most anticipated displays during which a woman complete with wings is hoisted from the bell tower of St Mark’s Basilica down into the crowd in the main square. 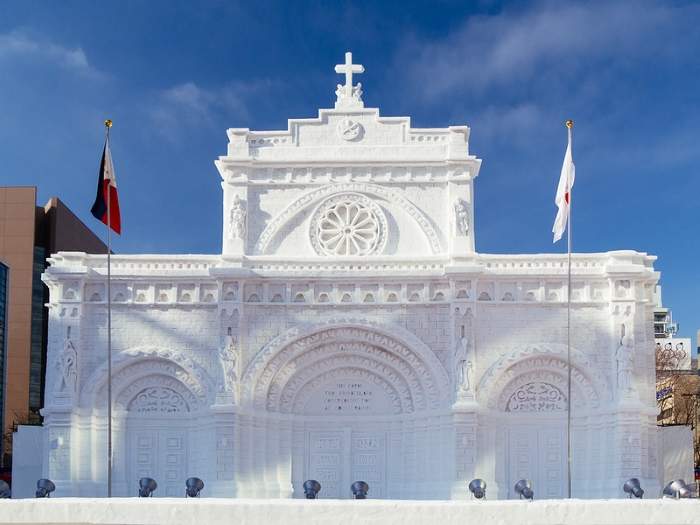 Hokkaido is the northernmost of Japan’s main islands and its volcanic landscape boasts both hot springs and ski resorts. Its capital, Sapporo, hosts an annual snow sculpture festival each February. The structures take inspiration from popular culture and architecture (many are the size of buildings), and some can even be slidden down. A day and night visit ticket costs around £8, which is worth it to see the sculptures lit up and softly glowing against the inky sky. After you’ve marvelled at the creations, smooth and shimmering like wedding cakes, you can warm up with some of the city’s renowned ramen and an ice-cold local Asahi beer. The island is also well-known for its delectable soft serve ice cream, so be sure to try some – if you can brave it! 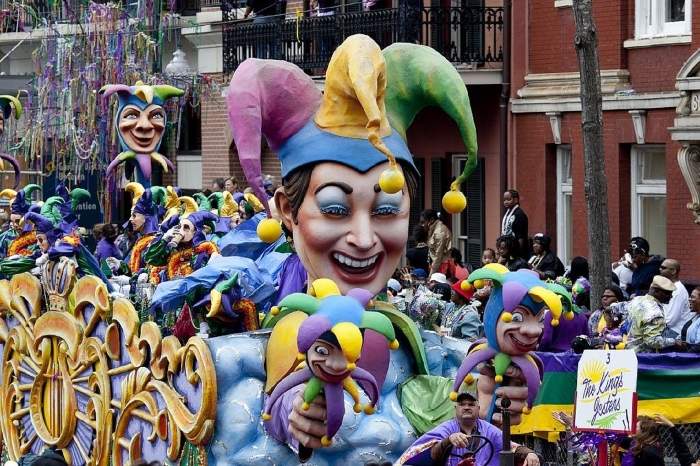 While much of the world is under-the-radar in the months following Christmas, Louisiana explodes with colour and life. Mardi Gras is French for ‘fat Tuesday’ and refers to the day before Lent in February, which is traditionally when people gorge on food and drink before abstaining from indulgences until Easter. In New Orleans, celebrations begin weeks and weeks before the actual date, so if you’d rather avoid the huge crowds on fat Tuesday, then visit earlier in the month. You’ll be sure to catch some of the outrageous parades, floats and marching bands organised by the various krewes based in the Big Easy. For a more relaxed affair, head to the state when Family Gras takes place on the weekend of the 14th. 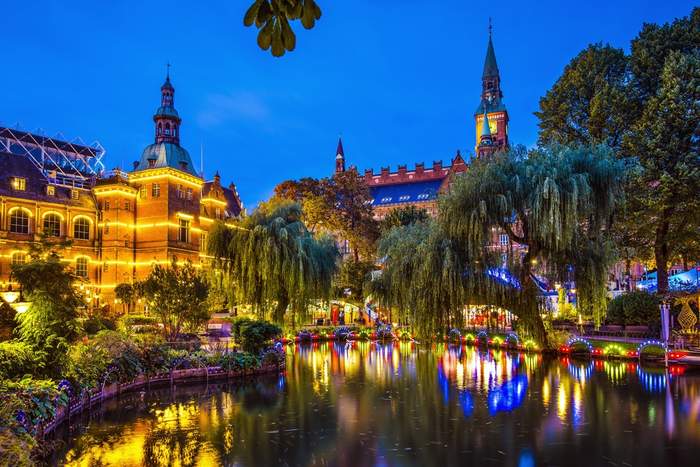 Paris may be considered the city d’amour, however we think bright, beautiful and eco-conscious Copenhagen may be a worthy contender for a weekend of romance, especially as it sparkles in the winter sun. Hold onto your loved one on the rides in Tivoli Gardens, wrap up for a bike ride to the Little Mermaid, then warm up with some steaming hot chocolate – or something stronger! In February, the city looks even more magical as it is lit up for Copenhagen Light Festival; the neat, historic architecture and canals twinkle as the sun goes down. From the 1st to the 24th, Copenhagen also hosts a jazz festival, so after you’ve wandered among the lights, you can dive into a candlelit jazz bar and cosy up in a corner. 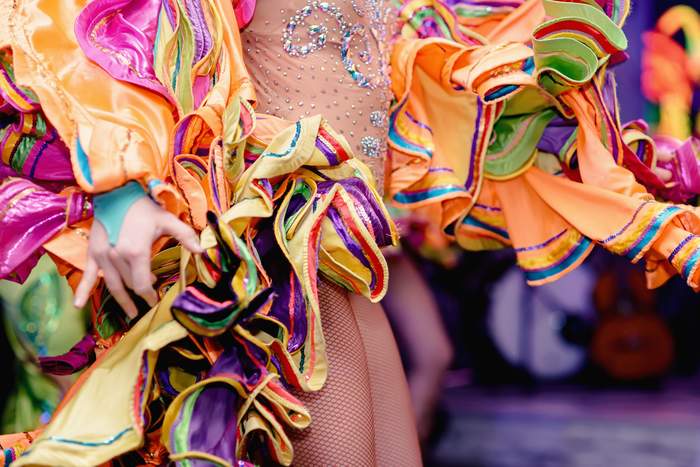 Arguably the world’s biggest festival takes place this month in Brazil, celebrating the run-up to lent with non-stop street parties. Rio even has a purpose-built structure called the Sambadrome, where the parades by Samba Schools take place. Ticket prices vary from $35-200, depending on whereabouts in the stadium you are sitting. If you’re on a budget though, you can soak up enough of the carnival atmosphere among the revellers on the streets, or if you’re feeling flush, you can purchase a ticket to one of the extravagant – and exclusive – balls that take place in the city. 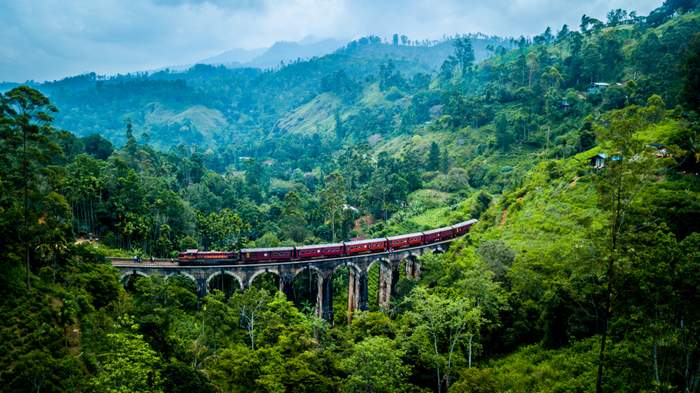 If the thought of snow and frozen toes doesn’t really appeal while we’re in the depths of the British winter, then Sri Lanka couldn’t be further from chilly Copenhagen. February is an excellent time to visit, as the monsoon season has ended and the temperature settles around the late twenties. Ecotourism is also booming in Sri Lanka: there are opportunities to visit local farms, learn about local customs and even give them a go yourself, plus camping facilities and mangrove replanting programmes. You’re also in a better position to spot wildlife at this time, because the weather is dryer, so be sure to squeeze in a safari if you can!

Where To Book Now: Romania 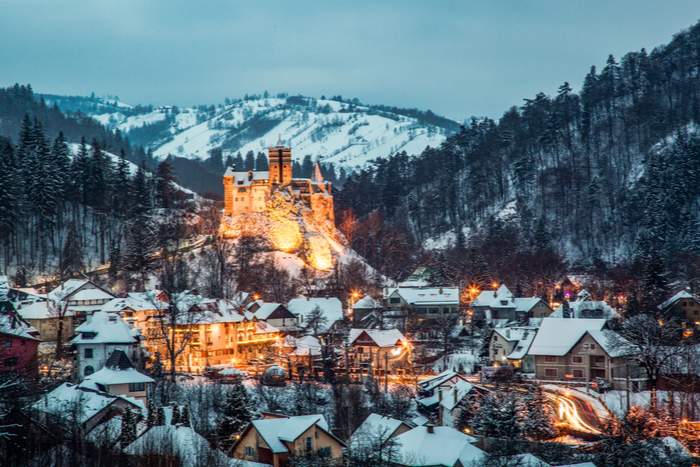 Eastern Europe’s popularity with holidaymakers who are looking for a path less trodden continues to rise – particularly Instagrammable spots like Lake Bled – and we predict that this intrigue will continue throughout 2020. The recent BBC drama Dracula, which was filmed in northern Slovakia in the 13th-century Orava Castle and the small town of Zuberec, caused a stir with its unspoilt snowy scenes that looked both mysterious and magical. Bram Stoker’s original setting of Romania is also becoming a popular destination, from buzzy Bucharest to the spine-tingling Bran Castle, plus it offers the chance to spot some unusual wildlife – including brown bears, wolves and lynx. February can be bitterly cold and not for the faint-hearted, but the weather makes for fairytale vistas – and the flights are likely to be very reasonable.