The central region of the country, Mid Wales is home to the celebrated Brecon Beacons National Park in the south and even a section of Snowdonia National Park to the north, making it an excellent choice for holidaymakers desperate to strap on their walking boots. If you’re really looking to blow away the cobwebs, Mid Wales boasts miles and miles of unspoilt beaches, the most famous of which, Cardigan Bay, has recently been a great spot to watch playful dolphins playing in the surf.

The day is come when I again repose
Here, under this dark sycamore, and view
These plots of cottage-ground, these orchard-tufts,
Which at this season, with their unripe fruits,
Are clad in one green hue, and lose themselves
‘Mid groves and copses. Once again I see
These hedge-rows, hardly hedge-rows, little lines
Of sportive wood run wild: these pastoral farms,
Green to the very door; and wreaths of smoke
Sent up, in silence, from among the trees! 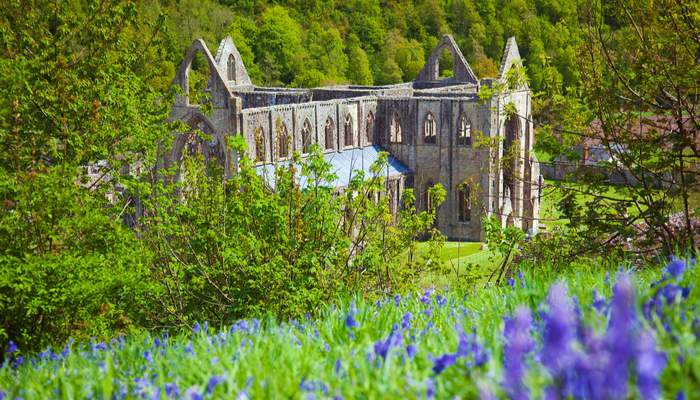 ‘Lines Composed a Few Miles above Tintern Abbey’ seems perfectly fitting on this occasion, and strangely familiar even though it was written over 200 years ago. Tintern Abbey itself hasn’t changed a great deal since Wordsworth penned his musings, aside from some clearance of the weeds that had taken hold: the ruins of the once-thriving place of worship lay undisturbed for many years following the Dissolution of the Monasteries, only becoming a popular tourist attraction during the early years of Romanticism and into the Victorian period, when poets and painters galore flocked to the abbey, Wordsworth and J.M.W Turner amongst them.

Now a protected site, Tintern Abbey makes for a place of quiet reflection alongside the banks of the River Wye. But why is Tintern Abbey so special? The first structure of the abbey was most likely begun in 1131, making it the first Cistercian foundation in Wales, and only the second in Britain. Although much of the original building has been incorporated into the later changes, the foundations remain largely similar, and today Tintern Abbey is considered one of the finest examples of British Gothic architecture, thanks partly to the still impressive seven-lancet window to the west and the soaring arches of the nave. Wandering the ruins today, the remnants of the presbytery, cloister, kitchen and abbot’s residence can still be seen, as can the impressive views of the rolling hills and green pastures beyond. Who knows, maybe you’ll be inspired to put pen to paper as well after exploring these medieval ruins? 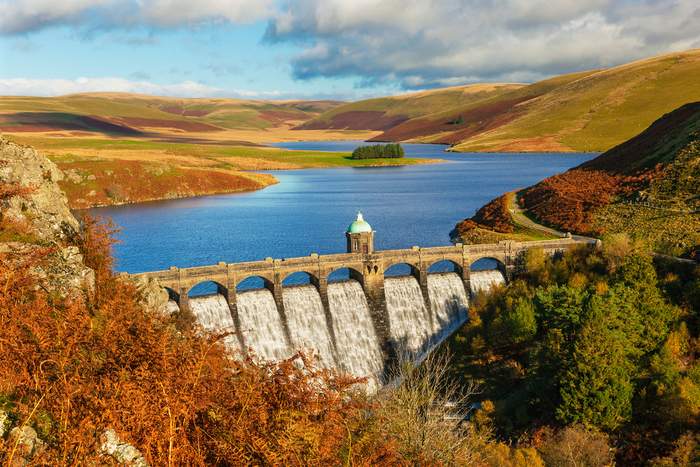 For our Powys pick, we’re going a long way back in time and a long way underground… Over 315 million years ago, a labyrinthine network of caves was created deep beneath the Brecon Beacons. Today, these 11 miles of underground passageways form part of the National Showcaves Centre for Wales, a huge activity complex with subterranean adventures at its heart – are you ready for a journey into the depths of time?

Three cave systems are open for exploration, with the largest, Dan-yr-Ogof, being voted ‘the greatest natural wonder in Britain’. Adorned with ancient stalactites and stalagmites, this short passageway leads to the equally impressive Cathedral Cave, where age-old waterfalls cascade from the walls as they have done for thousands of years. Finally, the Bone Cave is where 42 human skeletons and numerous animal bones were discovered, suggesting that mankind had used these subterranean systems for many years before they were rediscovered in 1912. 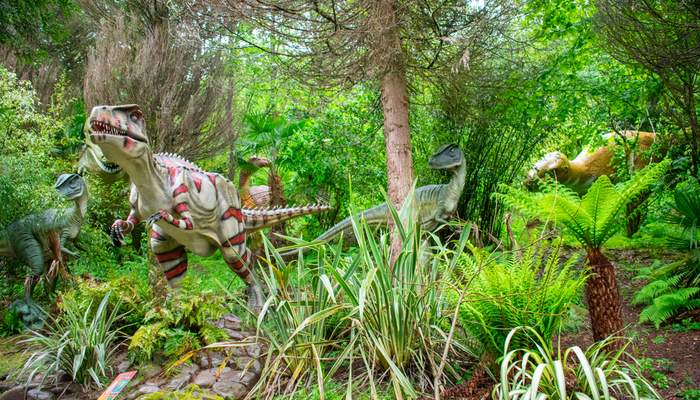 Only the hardiest and most experienced cavers can access the remaining parts of the cave system, but maps show the extent of the underground network that has been uncovered so far, with footage from previous expeditions making for an atmospheric watch. Away from the caves themselves, there’s plenty more to explore: 200 life-sized dinosaurs stalk the site, while the gentle giants of the The Shire Horse Centre make for a friendlier encounter. In all, there are ten attractions within the National Showcaves Centre complex, including an interactive museum that will delight kids both large and small – who doesn’t get excited at the thought of designing their own dinosaur after all? Cue the Jurassic Park soundtrack!

We hope our foray into the delights of Mid Wales has left you hungry to explore more! We may not have included them here, but there are numerous hills, valleys, castles and beaches to explore in both Monmouthshire and Powys too.