Afternoon tea has been a British institution since its inception in 1840, and a glorious one it is too! It all began when Anna, the seventh Duchess of Bedford, noticed that she became hungry mid-afternoon and needed something to fill the gap between lunch and a late dinner. Quite frankly, I’ve never related to something more, so naturally, I’m a bit of an afternoon tea junkie. Here, I fill you in on a few that are worth a visit next time you’re in London.

Before We Get Started, A Quick Note on Price

You’ll notice that afternoon tea doesn’t come cheap but believe me, it’s worth spending that bit extra. Here’s why:

One of the first places that springs to mind when thinking about afternoon tea in the capital is The Ritz. This Mayfair five-star hotel is loved by high society and celebrities for its quintessentially British experience. And, taking afternoon tea in the spectacular Palm Court is no exception.

We were wowed by the surroundings, the ambience and the service, but were a little disappointed with the food on our visit. The sandwiches were a bit on the dry side, and we also had to pay extra for a special birthday cake (everywhere else I have been it was free). However, the fruitcake was so good that my mum still talks about it years later. It was also big enough to take home and enjoy for several days after. During our tea, Dad requested “Yesterday” by the Beatles in honour of the occasion. The piano player did a stunning rendition that felt very special. All in all, it was all you could want from a traditional luxury afternoon tea, but it wasn’t my favourite.

Another London institution, this famous art deco hotel, was restored and reopened in 2010. Like The Ritz the Savoy offers a traditional afternoon tea in the equally stunning Thames Foyer.

This was my first afternoon tea experience, so my judgement on this one may be clouded. The glamour of the surroundings, the experience and the food instantly won me over, and I was hooked. All the sandwiches and cakes were delicious – as the classic flavours you expect to see in an afternoon tea were done to perfection. One particularly memorable aspect was the attentiveness of the staff. During a busy service, my Dad asked an obscure question about the tea’s origin, and although the server did not know, he went to do some research and came back to let us know. This is all part of what makes the experience beyond the everyday. I would recommend the Savoy if you can afford the slightly higher price tag.

Sketch has become something of an Instagram hotspot, so you might not have heard of it, but chances are you’ve seen it on someone’s feed. In Mayfair, this quirky, 18th-century townhouse hosts several restaurants that have art at the heart of everything they do, from the rooms’ unique design to the food and drink they serve.

This one is my absolute favourite, I loved it so much I went back for a second helping.
Afternoon tea is served in the soft pink haven that is the Gallery. An oddity that sets sketch apart from the rest is the caviar man (yes, seriously). Dressed in a soft pink suit and hat (to match the room), this man will come to your table and explain to you the first course – a delightful combination of egg, cheese and caviar. This is followed by four courses of sandwiches, scones and cakes. During our time there, we were treated to so much tea and cake that my friends and I collapsed in a sugar coma when we arrived home. I would highly recommend this tea for birthdays and hen parties.

This is another one you might not have heard of: situated a little off the beaten track, Brown’s is described as “a microcosm of chic, modern and arty Mayfair” by Tripadvisor. And, I like to think of it as a hidden gem.

Afternoon tea at Brown’s is slightly more understated than the others previously mentioned on this list, and is served in the Drawing Room. This creates a wonderfully relaxed atmosphere for your afternoon. Sitting in the comfy lounge chairs and sofas, you feel less aware of your fellow diners which also feels slightly more exclusive. The tea selection, scones, sandwiches and cakes were as delightful as those served at the Savoy and featured slightly more adventurous flavour pairings. This is an excellent option if you fancy a more modern version of the afternoon tea or something a little more intimate than the large central hotels.

I’ve waffled on a bit too much (sorry, I just love cake!), so here’s a quick rundown of the others I’ve been to and how I found them:

Yay: The Sanderson (£££): this London hotel makes a cute Mad Hatter’s afternoon tea
full of savoury and sweet treats, including an Alice’s “Drink Me” potion. It was definitely one of the most fun teas I’ve been to.

Yay: Balthazar (£): Another Instagram hotspot, Balthazar in Covent Garden serves a flower-themed afternoon tea in association with FLOWERBX, which is beautifully presented. The portions are generous for such a low price point, but it can be a little cramped in the busy restaurant.

Yay: The Rosewood (£££): The Rosewood is a luxury hotel in the busy London business district of Holborn. Tea is served in the Mirror Room, a gorgeous surrounding for an equally beautiful tea selection. The tea is inspired by the London art scene, and the desserts are created to look like famous works such as Warhol’s Campbell’s Soup Cans.

Nay: The Petersham (££): My least favourite on this list. The sandwiches were very small, the service was slow, and our teapots were left to go cold. It has excellent potential for a modern tea, but it does not compare to the more prominent players.

Nay: Playboy Club (£££): This might seem like an odd choice, but it’s a good spot for hen and birthday parties. The tea was charming with bunny-shaped desserts and savoury bites which were served by playboy bunnies. However, it’s not the luxury you get from other teas for a similar price.

Nay: The Waldorf (£££): Yet another swanky London hotel. It had all the classic elements of a traditional afternoon tea and even the added romance of a harpist. Still, the magic felt lacking in this experience for me.

Other top afternoon teas on my hit list include Claridge’s, Fortnum & Mason and The Lanesborough. 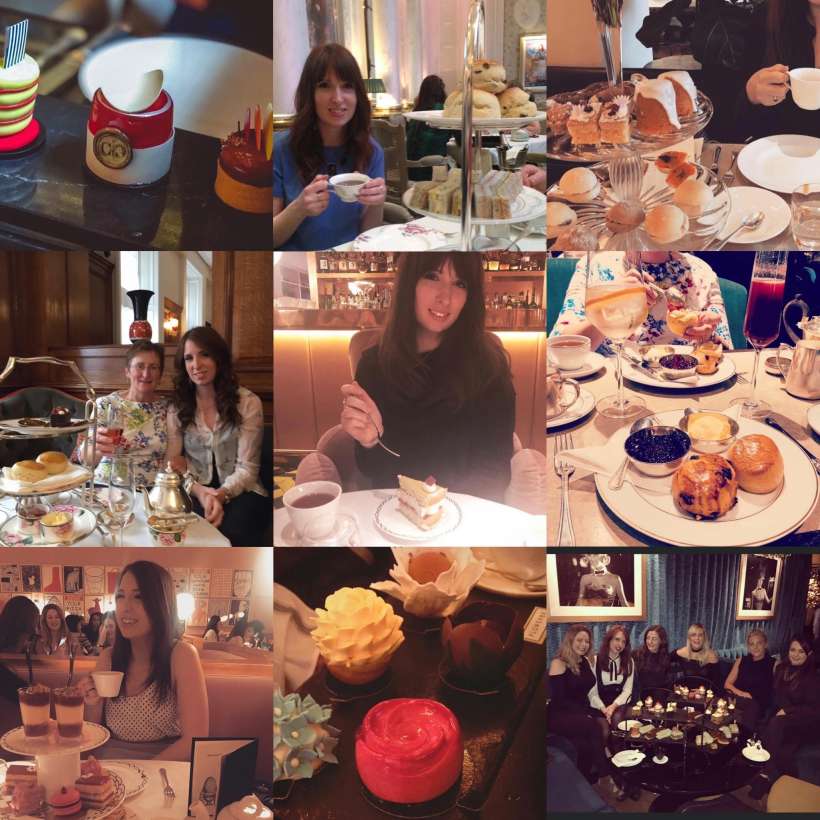