Nowadays there seems to be no-holds-barred when it comes to wacky accommodation, and this is particularly the case with the latest trend: prison hotels!

Whether you’ve got a peculiar penchant for punishment, or are just seeking a hotel stay with a difference – prison breaks range from five-star luxury to real-life gritty experiences. So if you fancy spending a night in the nick with an added dose of freedom, then check out these slammers that offer very special accommodation… 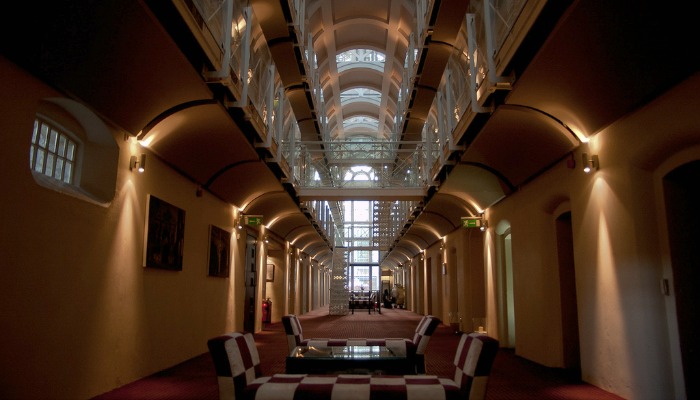 This converted prison within a medieval castle offers boutique rooms which feel far from prison-like. Located in the heart of Oxford Castle Quarter, the hotel is just a short stroll from the bars, restaurants, shop and museums in the city centre.

History: Most of the medieval castle was destroyed in the English Civil War and the remaining building became Oxford’s local prison, expanding to become HM Prison Oxford in 1876. Before the expansion, much of the prison was in disrepair and overrun by vermin. The prison also had a gallows to execute prisoners, such as Mary Blandy who was hung in 1752 for allegedly poisoning her father. The prison was closed in 1996 and redeveloped as a hotel. 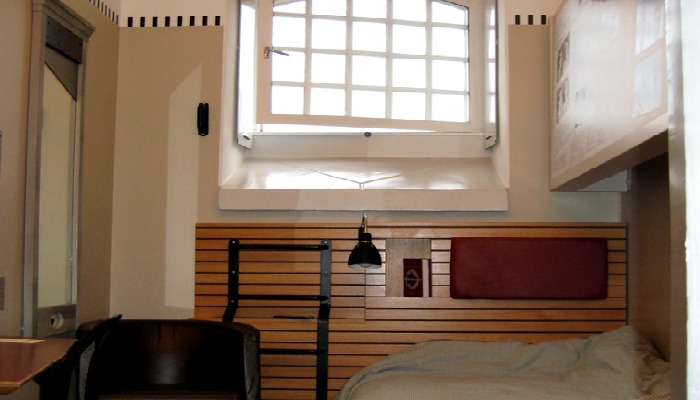 Located on the peaceful Langholmen Island in Stockholm, this uber-cool hotel offers modern dwellings within a 19th century prison building. The quirky rooms come with flatscreen TVs and free Wi-Fi access, but still maintain their ‘cell’ like qualities.
The happening district of Hornstull, with its many bars and restaurants is a 10-minute walk from the hotel, and there’s even a city-beach just 100 metres away!

History: Based on the island of Langholmen in Stockholm, Langholmen Prison was one of the largest prisons in Sweden with more than 500 cells. Dating back to 1874 it was built as Sweden’s main prison and was the location of the last ever execution before capital punishment was abolished in 1921. The prison was eventually closed in 1975 before turning into a museum and hotel. 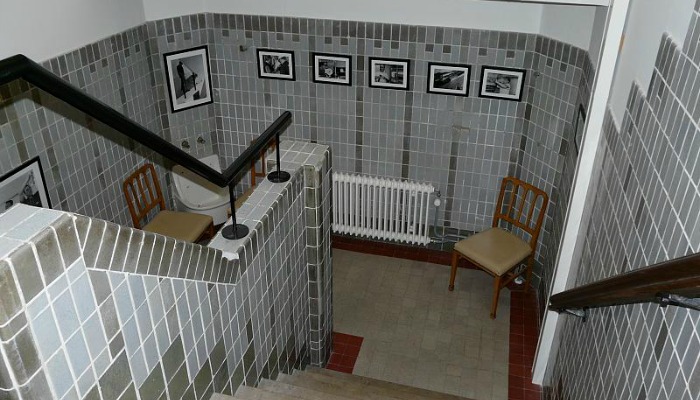 Interestingly decorated, Lloyd Hotel offers a wide selection of rooms ranging from 1-star with a shared bathroom, up to glam suites packed with facilities. Situated in the Eastern Docklands of Amsterdam, the hotel is just 200 metres away from a tram stop which provides easy access into the city centre.

History: Lloyd Hotel was built in 1921 and became a building to temporarily house poor immigrants before turning into a prison during World War II. After the war it continued as an adult prison before becoming a juvenile detention centre in 1963, but by 1989 had fallen into neglect and was closed. After evolving into a temporaily artist’s studio, it was eventually transformed into a hotel in 2004. 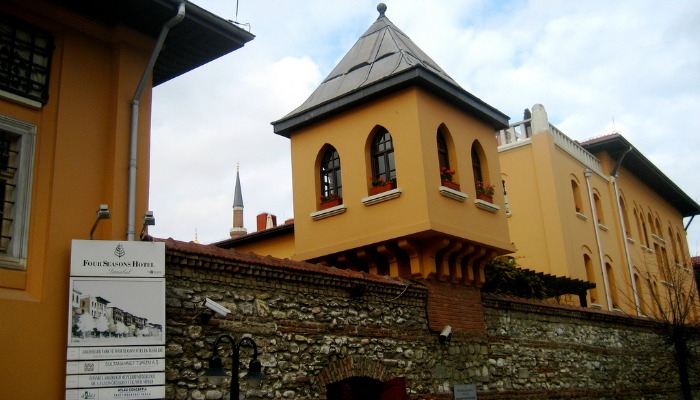 Located in the heart of the pretty old city, Four Seasons Istanbul offers luxurious rooms just minutes from an array of famous sites. It might break the budget, but your every whim will be catered for, and you’re perfectly placed to explore sights like the Blue Mosque and Topkapı Palace by foot.

History: Built between 1918 and 1919, Sultanahmet Jail was mostly reserved for writers, journalists and artists serving prison sentences. Juveniles and women were also detained, with the majority of prisoners only serving brief sentence. The first prison of its type in Istanbul, the building’s architecture was designed in Turkish neoclassical fashion with pointed arches, marble pillars, dramatic domes and towers. The prison was closed in the 1970s after a long period of neglect, and in 1992 work began to transform the building into a deluxe hotel. 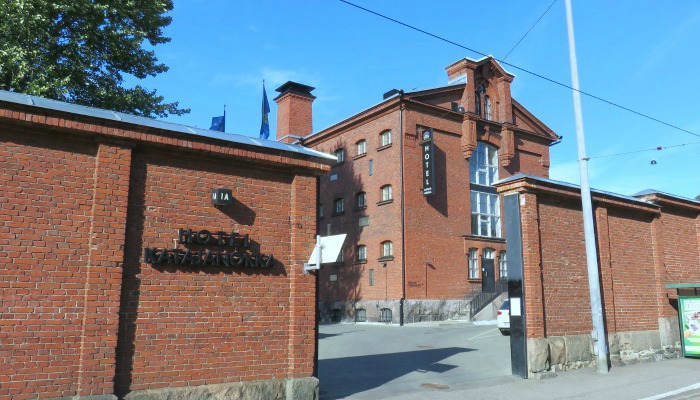 Located on a small peninsula, the Best Western Premier Hotel Katajanokka is within easy reach of many of Helsinki‘s main sights – including the golden-domed Uspenski Cathedral. The high brick walls make it immediately clear that this was once a prison – although the window bars have been removed. In fact, the hotel retains much of its unmistakable prison design both inside and out, making for an interesting stay in a four-star chain hotel with rave reviews.

History: Built in 1837, Katajanokka Prison was fully functioning until 2002. Between 2002 and 2007, the prison underwent an extensive renovation, with sets of two or three cells making up the current rooms – the transformation reportedly cost 15 million euros! 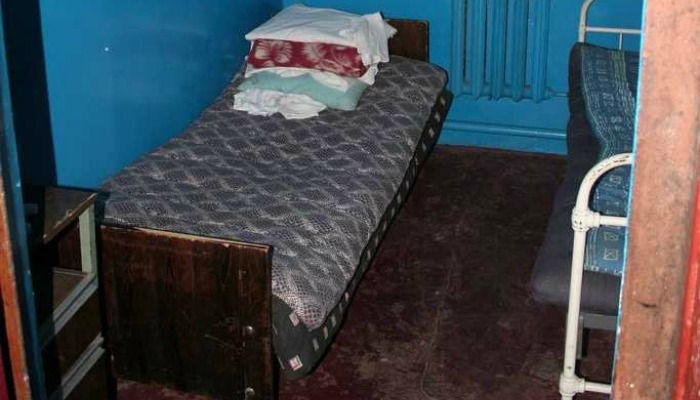 Pampered travellers look away – this is a taste of real life prison life rather that a relaxing night away – you can expect basic cells, regular bed checks and verbal abuse from the guards – yes, really! There are night shows and 24-hour experiences available, or opt for a VIP programme with a possible arrest and interrogation before lunch is served in the prison canteen. Although much of the action is tongue-in-cheek, the prison-turned hotel has a horrifically gory history and is supposedly haunted – so if you’re not feeling brave, don’t stay overnight!

History: Built around 1900, Karosta Prison was initially used as an infirmary, but became a Nazi and Soviet military prison during much of the 20th century. Hundreds of prisoners were killed during World War II including Latvian deserters who were executed by the Nazis here.

Prices start from £10 per night. Click here to book

Note: If you fancy staying here, you must sign a release form acknowledging that you will be treated as a prisoner, complete with verbal abuse and physical exercise! 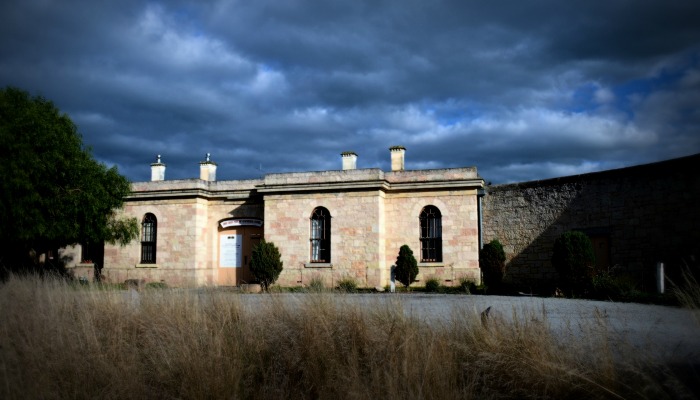 This converted backpackers haven still retains many of its original features. There are bars on windows, a prison chapel, a library and lounge – but all are converted with modern facilities and comforts. It’s a popular spot for backpackers travelling between Melbourne and Adelaide, and the family-run establishment takes great pride in maintaining the building’s fantastic structure.

History: The Old Mount Gambier Gaol was opened in 1866 and closed as a prison in 1995, it principally held medium and low security male prisoners.

Prices start from £44 per night for a double room, or from £16 pp for a dorm room. Click here to book