Every good traveller loves their passport. These nifty little booklets are a physical document of where you’ve been around the world and a personal log that can transport you back to a place and time. Like that dodgy train journey where you stopped off at border control in the middle of the night, or maybe that time you legged it through security to board your flight. Each stamp represents a memory that deserves to be cherished. So, to celebrate, here are 10 of our favourites… 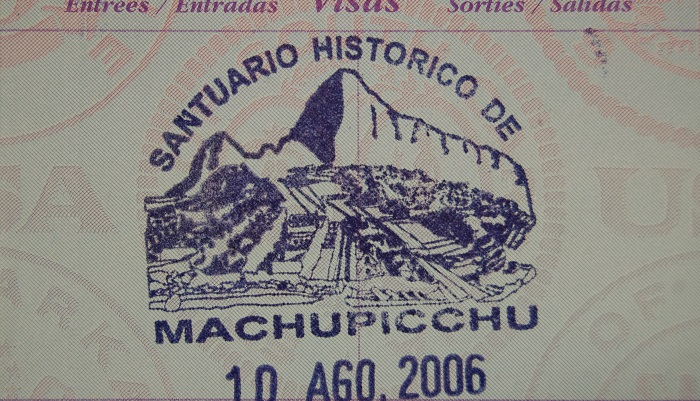 One for any ardent adventurer’s travel bucket list, this stamp is collected by tired trekkers who, after days of jungle hiking and scaling mountains at perilous heights, reach this majestic holy site. At a dizzying 2,430 metres above sea level, Machu Picchu was once the Kingdom of the Incas set among The Andes Mountain range in Peru. It is a major tourist destination for those enticed by ragged mountain peaks, and is a treasure trove for budding historians fascinated by the architectural ingenuity of a once-powerful empire. 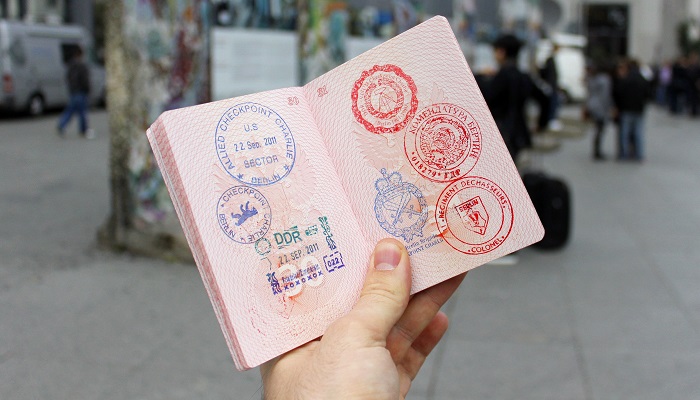 The expansive sprawling city of Berlin is not for the faint-hearted. With its famous nightlife and a back-breaking amount of historical sights to see, it takes a good few trips to the German capital before you’ve truly conquered the city. One for your first visit to Berlin has to be the world-famous wall and Checkpoint Charlie – the name given by the Western Allies to the crossing point along the wall between east and west during the Cold War. There are still disparities between the two sides of this fantastic city, with communist relics in the east and grand town houses in the west. Don’t miss out on this super cool passport stamp for a total time warp experience. 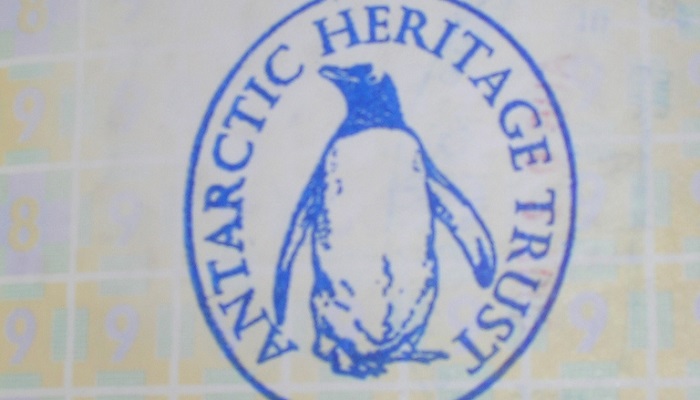 For the adventurous travellers among you, a trip to Antarctica involves a perilous journey to the world’s southernmost continent via New Zealand or South Africa across the South Atlantic. You won’t find any inhabitants on this icy mass of land, but you will find scientists beavering away accompanied by a whole host of penguins huddled on ice caps, but you do get the credit for having conquered a continent that few have – and you get a stamp to prove it!

This Welsh town has an impressive name with a mammoth 58 letters making it the longest town name in the world. It was named in the 19th Century and literally translates to a description of the town’s exact location, meaning ‘Saint Mary’s Church in the hollow of the white hazel near a rapid whirlpool…’ (I could go on but I won’t, you get the gist!) A trip to this quaint Welsh town is about more than the passport stamp though, with surrounding rolling hills making it exceptionally pretty. The town reached headlines recently when a weather man startled viewers by pronouncing the name flawlessly – a feat unmatched by many who take it on!

Mitad del Mundo literally translates to ‘Middle of the World City’, giving us a clue as to what this destination is all about. It’s located just outside of Ecuador‘s capital Quito and is situated dead on the equator line. This imaginary line goes from the North to the South Pole and divides the Earth into Northern Hemisphere and Southern Hemisphere, marked at this point in Ecuador with a bright yellow line and monument. It’s a great spot where you can get some fantastic snaps with one foot in each hemisphere. What’s more, you can enjoy views from the monument at a height of 30 metres.

Venture down to Ushuaia, the world’s most southernmost city, and get a stamp to prove how intrepid you are by reaching ‘the end of the world’. The Andes is the spine of the continent of South America, stretching an impressive length all the way from Venezuela in the north, down to Chile and through Argentina. This spot in Argentina is where these majestic mountains fall gracefully into the sea. Look out to the Pacific and you’ll experience a sense of awe, knowing that all that lies before you are penguins, polar bears and icebergs.

This epic lake is the largest volume of water in South America and sits at an astonishing 3,810 metres above sea level. The lake is home to the Uros people – indigenous people of Peru and Bolivia – who have lived for generations by fashioning floating islands constructed from reeds dried out in the sunshine. The reeds on the bottom of their floating islands rot away in the water every three weeks, so it’s essential the reed island inhabitants keep the rafts topped up with a constant supply. The inhabitants live in huts and sell tourists trinkets fashioned from plaits of reed. Get yourself to Uros and stamp your passport to accompany your otherworldly experience, and help the locals benefit from tourism! 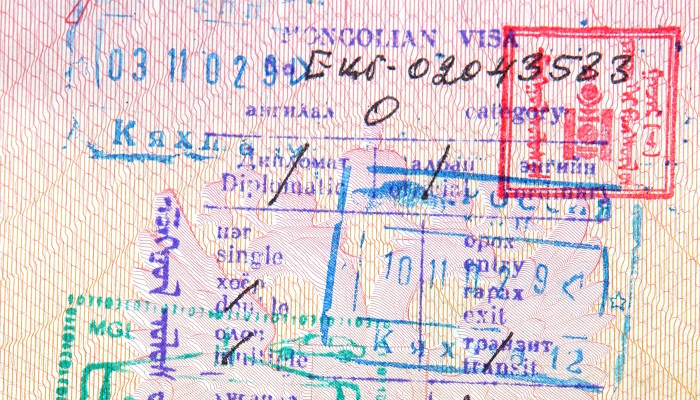 Little is known about this mysterious land that borders China in the east and Russia in the west, making it an impressive stamp to have in your passport. It’s the frontier between Europe and the Orient, but Mongolia has its own distinctive culture. Its landscape is peppered with Buddhist monastery ruins and its vast plains are home to nomadic tribes that wonder the land with their livestock in tow. Cross the border in style on-board the Trans-Siberian railway and watch the rugged expansive landscapes pass you by. 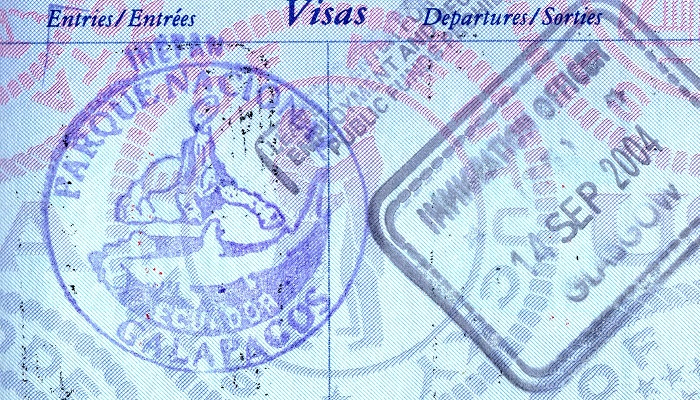 If your ideal holiday destination is somewhere where you’ll feel like you’ve been transported to the set of a Blue Planet episode (minus David Attenborough’s presence, unfortunately), the exotic Galapagos Islands are for you. This enchanting volcanic archipelago in the Pacific has lured keen explorers over the centuries with its abundance of wildlife-viewing opportunities. Head to Ecuador and get the boat out to sea and discover the wonders that captured the imagination and curiosity of the legendary Charles Darwin. It’s a passport stamp sure to be the envy of all your friends. 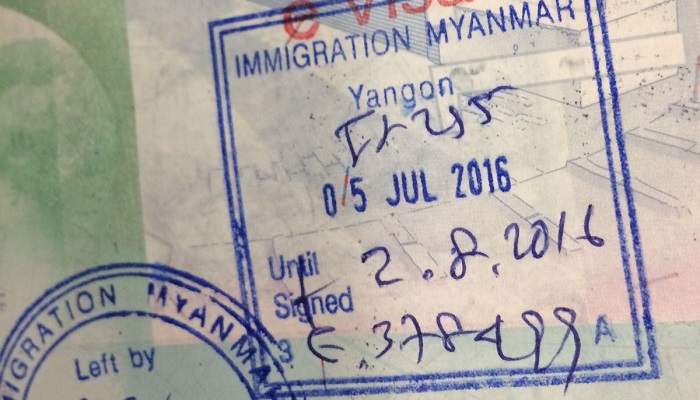 This intriguing country is relatively new to the tourism scene, but after years of civil war and impregnable borders, backpackers are now coming to the country to explore. Myanmar – once known as Burma – is a fascinating spot which geographically marks the border between east and central Asia, and so has absorbed the heritage, history and traditions from either side, culminating in a unique culture all of its own. In the heart of the country lies Bagan which is the most touristy spot in the country. Here hundreds of thousands of bright red ancient Buddhist temples extend out into the horizon and the best way to get around is by bike. Come evening, tourists scramble up one of the main temples for an extraordinary sunset view.

Feeling inspired to be a tad more adventurous? Use our handy tools to discover the destination of your next holiday!
Compare: flights | holidays | hotels | car hire