We use the name ‘London’ hither and thither, but what does ‘London’ actually include? Well, the Greater London region of the UK capital is an amalgamation of 33 districts, including the City of London and the 32 boroughs that surround this central point. Stretching from Havering in the East to Hillingdon in the West, Enfield to the North and Croydon to the South, this thriving, multicultural region incorporates some of the United Kingdom’s most revered sites.

We were going to do a ‘top highlights’ section, but we just couldn’t cut it down to only a handful! Instead, we’ve broken the must-sees down into categories so you can make the most of your Greater London trip. Now could be one of the quietest times to visit for a city break, too!

We don’t like to throw the word ‘icon’ around willy-nilly, but when it comes to these London sites, nothing else will do: these are the must-visit destinations that define the centre’s skyline and punctuate the outer peripheries.

Let’s start with the oldest of these icons, the Tower of London: construction began soon after William the Conqueror’s invasion, and the fabled halls and passageways have been a central part of British history ever since. The best views of the fortress are from neighbouring Tower Bridge, one of the Thames’ most infamous crossings. 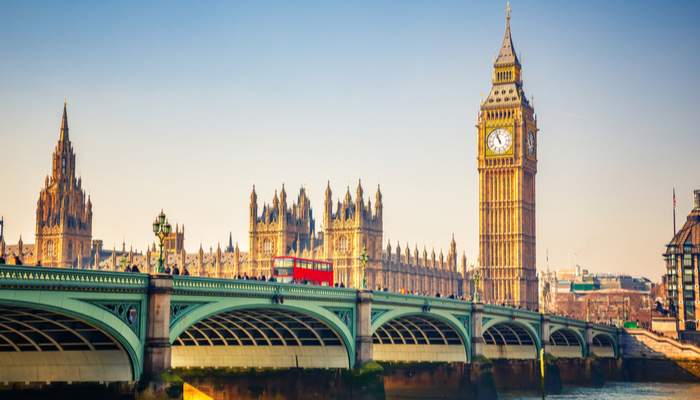 Further along the river, one of London’s newest additions sits opposite another of the oldest: the gently turning London Eye offers excellent views of the surrounding area, while Big Ben’s ubiquitous chimes ring out from the Palace of Westminster. A short walk from here, and you’ll be in the centre of Trafalgar Square, the site of Nelson’s Column and a plethora of grey-feathered friends. Covent Garden lies only a brief stroll further on – this charming covered market is often artfully dressed in seasonal hues, although the sparkling diamonds in the numerous shops are undoubtedly one of the major draws. We recommend grabbing a cookie or an ice cream and settling in for performances from musicians and magicians alike. 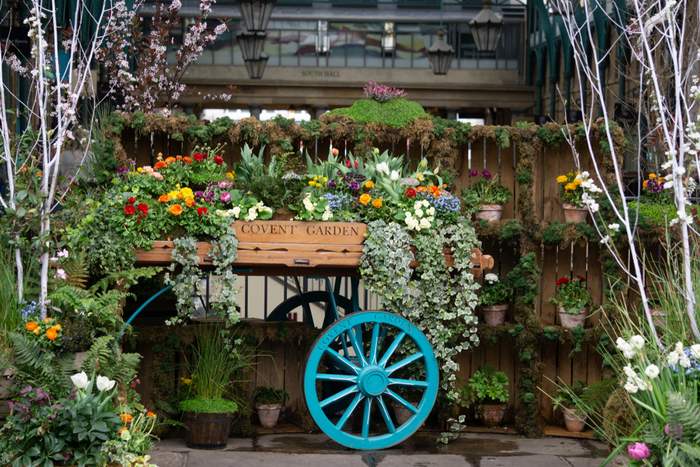 As you’re in the centre of town, why not indulge in a little shopping? From the mammoth-sized Primark on Oxford Street to the celebrated boutique stores of Liberty, the Ritz and Fortnum & Mason, there’s no shortage of places to splash the cash – we all like a souvenir after all! Even if you choose not to visit the Whispering Gallery, St Paul’s Cathedral is one of the defining features of the capital’s skyline, being a symbol of the city’s resilience during the Blitz and its regeneration following the Great Fire.

Away from the centre and into the peripheries is where you’ll find some of the region’s most celebrated venues: from the converted O2 in Greenwich, to the revered Wembley Stadium and neighbouring Arena, these destinations have hosted sporting heroes and music legends aplenty. And let’s not forget Wimbledon – away to the south, this world-famous club dedicates two weeks of the year to the most famous tennis tournament on Earth.

From a jar of moles and a fake mermaid, to the Rosetta Stone and The Fighting Temeraire by JMW Turner, it’s fair to say that the museums and galleries of Greater London house a fair few artefacts. Time Out estimates that there are over 170 museums ripe for exploration, with the big hitters like the British Museum, V&A and National Gallery leading the charge. No trip to London (whether you’re travelling with kids or not!) is complete without a wander of the Natural History Museum – although Dippy may be on tour, we think the blue whale skeleton that now hangs in the impressive foyer certainly gives him a run (swim?) for his money!

The two jewels in the Tate family’s crown reside on opposite sides of the Thames, with the Tate Modern recently undergoing a significant extension. If you prefer your art a little less, er, experimental, the sweeping staircases and airy rooms of the Tate Britain are certain to sate your appetite, as will the object-strewn halls of the Royal Academy of Arts. If the history of London piques your interest, make for the Museum of London – hidden amongst the brutalist architecture of the Barbican and the towering edifice of St Paul’s, you’ll be able to trace the city’s growth from single settlement to sprawling world power. Other honourable mentions go to the sobering Imperial War Museum, London Transport Museum’s quirky exhibits, and Somerset House. 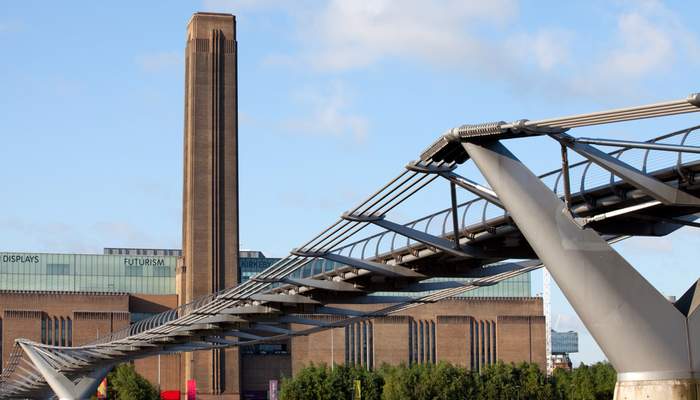 For a region that houses one of the largest cities in the world, there’s actually quite the collection of green spaces in Greater London (too many to mention here!), from leafy gems in the centre of town, to sprawling sanctuaries further afield. At the heart of the action are two of the biggies: Regent’s Park and Hyde Park, the former home to London Zoo and the latter being the stronghold of Kensington Palace, the Serpentine Gallery and the gold-encrusted Albert Memorial. A stroll through one of London’s most desirable postcodes will whisk you from the acres of Hyde Park to the relative peace of Holland Park: snuggled amongst palatial houses priced well into the millions, you could easily miss it – if it weren’t for the exotic call of the resident peacocks.

Another slice of calm within the hustle and bustle is verdant St James’ Park. Often accessed as merely a means to reach Buckingham Palace, St James’ Park lines the iconic Mall and is an excellent place to watch the Trooping of the Colour. If it’s views you’re after, we have two contenders: Greenwich Park and Richmond Park. From the viewpoint by the Royal Observatory in Greenwich, take in the contrast of the Royal Naval College and the towering steel blocks of Canary Wharf just beyond. With the meanders of the River Thames in full view, it’s quite the place to catch a sunset. On the other side of town, Richmond Park offers Londoners a chance to enjoy the countryside, being the largest of the royal parks and home to herds of deer and ancient trees. From atop the park’s many rises, the icons of central London can be admired, as can the efforts of the valiant cyclists in pursuit of their next PB. 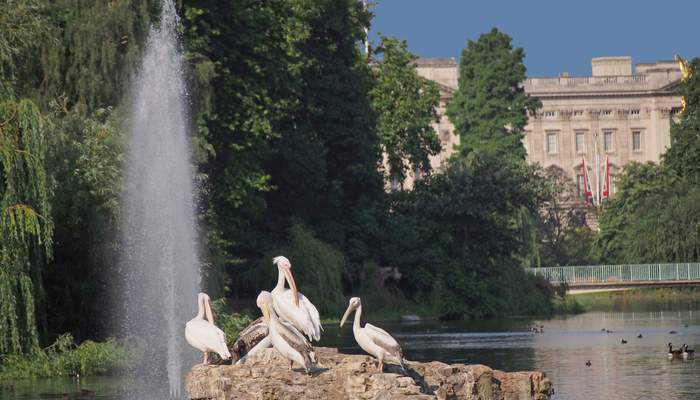 Before the towering edifices of steel and concrete became London’s main moneymakers, the markets were the crux of daily life. Although supermarkets and corner shops now act as our main go-tos, the markets in London are experiencing something of a revival, with street food, arts and crafts, and antiques being among the main draws.

Probably the most famous of all is Portobello Road Market. Situated between the colourful terraces and mews of Notting Hill, this age-old cluster of stalls is a must for anyone prepared to rummage through the mountains of oddities. A marriage of crafty bits and to-die-for foodie goodies, Old Spitalfields Market in Shoreditch is a favourite haunt of city workers in search of a tasty weekday bite, and even on the weekends, queues can be expected – just follow your nose! For a more tumultuous market experience, make the brief walk to Brick Lane Market for music, street art and plenty of retro clothes.

For further dining delights, look to Borough Market – tucked away next to London Bridge, there’s evidence that a market has stood in this spot since 1014! Today, it’s home to some of London’s most celebrated eateries, from Bread Ahead to purveyors of pasta, Padella. For an altogether more floral experience, pop along to Columbia Road Flower Market bright and early on a Sunday – in between the brilliant blooms and must-have house plants, discover artisan coffee and pastry houses and independent shops galore. Last on this list, but by no means least, is Camden Market. Technically four markets intertwined, this warren of stalls runs from Camden Town tube station down to the shores of Regent’s Canal: expect grunge attire, quirky cuisine, slogan-emblazoned tees and antique furniture too! 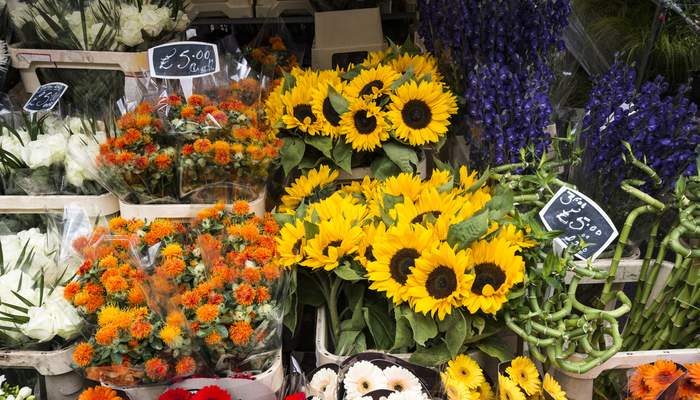