Amazing Real Places Used as Inspiration for Fictional Ones

We’ve always admired a writer’s ability to create fictional universes the likes of which no one else could have ever conceived (or would want to in some cases!) But most of the time, they wouldn’t have been able to do so without some help along the way. Here, we uncover some of the real places that have helped shape your favourite films and books. Let’s face it, they wouldn’t be the same without them! 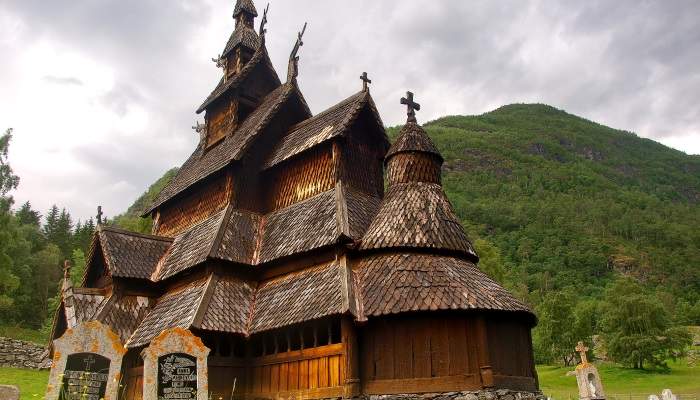 Nærøyfjord, in Norway looks like a place straight out of a fairy tale, with its soaring mountains and gushing waterfalls, so it’s only fitting that it was used as inspiration for some of the locations in Disney’s Frozen.

The film’s main city, Arendelle, bears a striking resemblance to Bergen, with its pitched roofs and Dragestil architecture. Tourism companies run Frozen tours from Bergen where you can visit one of the stave churches that inspired some of the film’s architecture, and travel round the very fjords that captivated the film makers’ imaginations. Norway is also known for its spectacularly safe and straight-forward roads – the speeding laws here are among some of the strictest in the world, so hiring a car is a great way of getting around with the family. 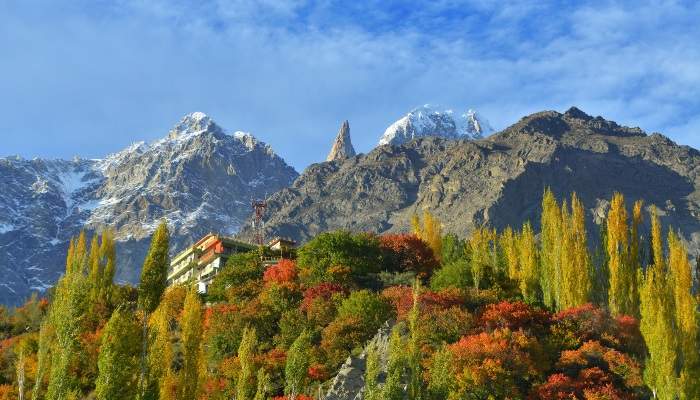 The utopian society of Shangri La from the book, and later film, Lost Horizon is based on the Hunza Valley in Pakistan, which is close to the Chinese border and fringed by the Himalayan Mountains.

Though this slice of Pakistan may look magical, time does not stand still here, so if you do visit and stay for an extended period of time, don’t expect to return home the spritely youth you were when you left, as the film suggests. What you will find is a breathtaking melange of awe-inspiring scenery – with its snow-capped mountains, verdant meadows, and azure lakes adding to the tranquillity. Nature lovers would feel utterly at home here, that is if they don’t mind sharing a home with leopards, eagles and other wild animals. 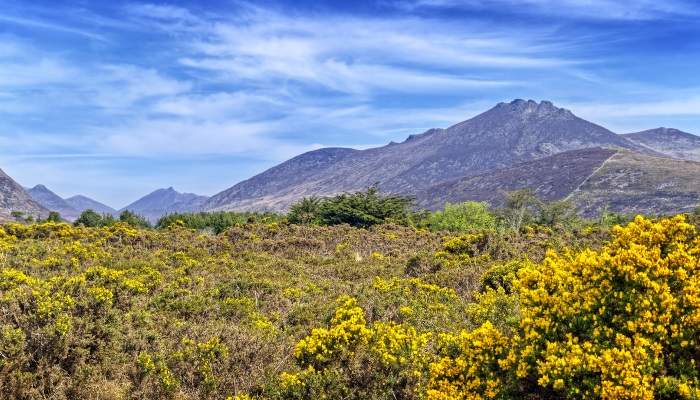 Even those of you without a portal in your wardrobe can experience the magic of Narnia. In fact, you don’t have to travel far at all. C.S. Lewis’ saga was developed with his native country, Northern Ireland, in mind.

When covered in snow, the Mourne Mountains are reminiscent of a harsh Narnian winter, and Carlingford Lough fjord, an hour’s drive from Belfast, is a location where fauns and nymphs certainly wouldn’t look out of place.

If you want to begin your Narnian experience correctly, you should visit the bronze wardrobe-shaped statue in Belfast, called The Searcher. Although the fact that the wardrobe is already at ‘Narnia’s’ doorstep renders it more of an ornament than a viable transportation option. 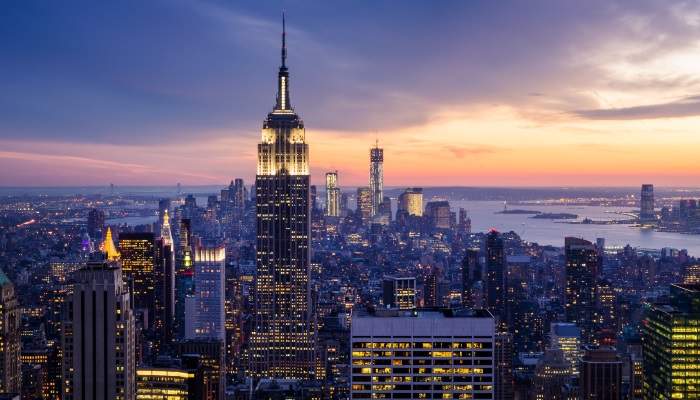 Batman’s hometown of Gotham seems to be shrouded in darkness due to the films’ infrequent daytime scenes. But then again, it is a place presided over by The Dark Knight.

Gotham City is actually based on New York City, and the Big Apple’s reputation as the city that never sleeps makes it an odd choice for a fictional city whose residents seem to do nothing but. New York is a 24-hour city, with shops in the centre staying open until late, so you can buy a jacket on your way to the club and grab a sandwich on the way back at one of the all-night delis. You’ll never get stranded either, with round-the-clock trains running to all corners of the city. 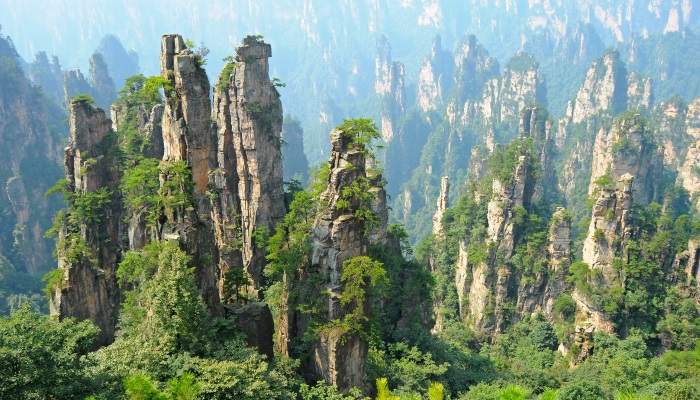 In the mountainous region of Hunan in China, you’ll find some colossal pillars of rock rising above the clouds that may remind you of the Hallelujah Mountains in Avatar. It’s here that Jake Sully undergoes his right of passage by claiming his very own mountain banshee, and learning to fly it.

Though the entire film set is extremely beguiling, these floating mountains really add to the magic of the planet, Pandora. A recognised UNESCO World Heritage Site, Zhangjiajie National Forest Park is home to the Southern Sky Column, that’s been officially renamed “Avatar Hallelujah Mountain.” A glass elevator or cable car will allow you to view the extraordinary landscape from different locations around the park. 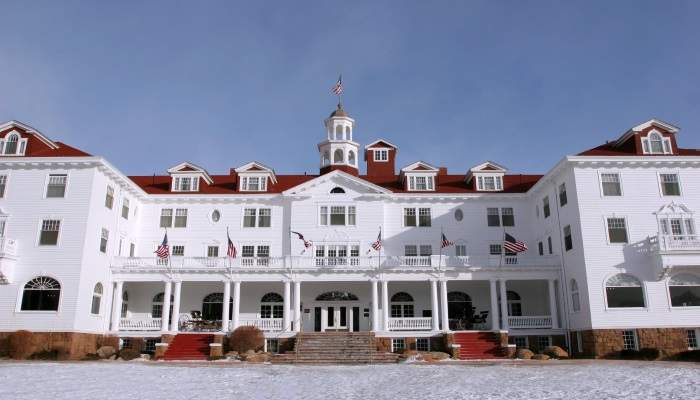 Steeped in history, the Stanley Hotel is set within the rugged Rocky Mountains National Park in Colorado, and, though famed for its location and beautiful architecture, is most notably recognised for its role in the conception of Steven King’s haunted Overlook Hotel in The Shining.

Its doors have opened to former presidents, musicians and, apparently, a party of phantom spirits. Film crews flock to the hotel wanting to uncover the truth behind the paranormal activity many guests claim to have experienced. During your stay, if you get bored waiting for a ghost to appear, grab some popcorn and turn to channel 42 in your room, where you’ll find The Shining playing on continual loop. 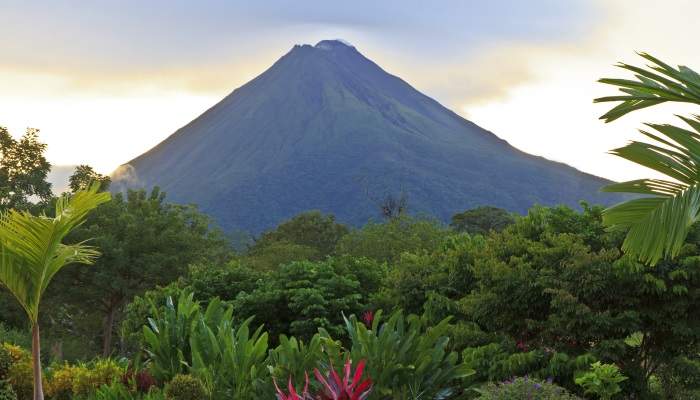 The fictional Isla Nublar from the film, The Lost World: Jurassic Park, is based on the rainforest-covered landscapes of Costa Rica. With lush vegetation colouring the mountains and volcanoes, a flight to the small Central American country really will make you feel like you’re accompanying main character, Alan Grant, while he flies over the island roamed by prehistoric beasts.

Costa Rica is a stunning place, and has coasts on both the Caribbean Sea and Pacific Ocean. At only a fifth of the size of the UK, the flourishingly green country is easy to travel around, so be sure to fit in visits to the famous cloud forests, volcanoes and Manuel Antonio National Park, where road signs with an array of different animals painted on them reflect the area’s diverse wildlife. 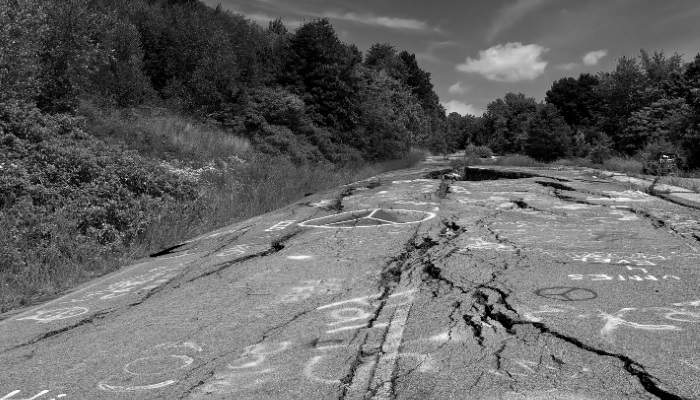 Horror fans can visit spine-chilling almost-abandoned town of Centralia, the basis for video game and film, Silent Hill. What makes it creepy is not just the fact that it only houses seven residents, but that it’s been on fire since the 60s. If you don’t believe it, check out the fissures in the pavement where smoke from the fire below rises like spirits from the dead.

If that’s not enough to get those hairs standing on end, the cult-fanatics’ church from the film is actually based on the real one in town. Most residents moved away after the fire, and the Centralia’s postal code was even revoked, meaning that the poor remaining souls are almost cut off from the rest of the world. Make a stop there on your way to Philadelphia or Washington, where you can get a peaceful night’s sleep! 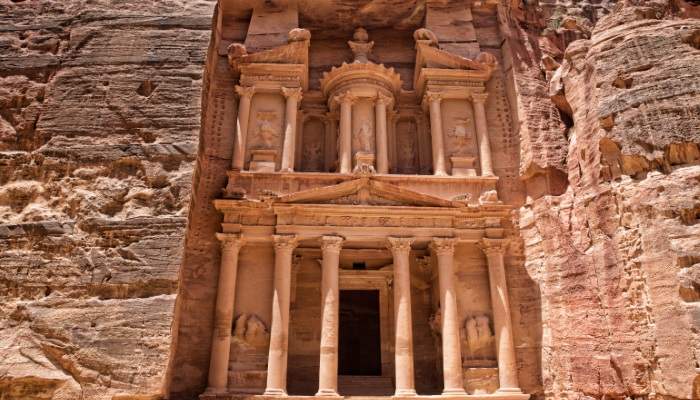 Indiana Jones, the Last Crusade, features an ancient megastructure called the Temple of the Sun that was carved into the face of a canyon. This breathtaking structure actually exists in Jordan and is called Al Khazneh (The Treasury). Though the exterior may be grand, inside, there are only bare rooms with a distinct lack of ancient treasure. But with such a stunning exterior, anything inside would seem mundane.

At 40 metres high, it attracts thousands of tourists each year. It’s also been classed as one of the new Seven Wonders of the World. Amazingly, it’s one of over 800 ancient monuments in the country, including tombs, temples and theatres. With such a rich history, Jordan’s allure is difficult to resist. 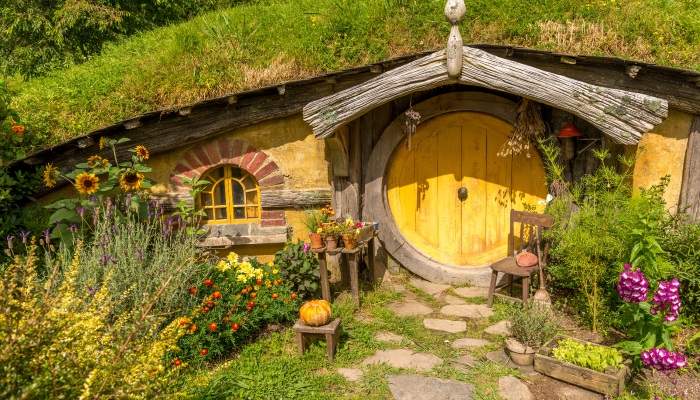 There’s no place that encapsulates the environment of Middle-earth more than New Zealand. The landscapes of the country speak for themselves. They’re bewitching, with snowy peaked mountains juxtaposed against startlingly green pastures. Fjords and glaciers shape the land and forests bring in a distinctive biodiversity.

It’s everything that Tolkien described in the books, so it’s no wonder Peter Jackson decided to look no further than his home country for all filming locations for the Lord of the Rings trilogy. At Hobbiton, near Matamata, you can even visit Bilbo’s house on your tour of the Shire. The set has remained as it was in the films so that fans from all over can retrace the disproportionately large footsteps of Frodo, Samwise and the rest of the vertically challenged inhabitants of the village.