We Bet You Didn’t Know These Facts About Malta

In the heart of the Mediterranean lies the tiny nation of Malta. With Africa to the south, the Middle East to the east and Europe in the north, plenty of varied cultural traditions have swept in over the centuries. These influences come in the form of cuisine, language, architecture and lifestyle, giving the Maltese a truly unique identity. We’re here to shed some light on these culturally enigmatic islands with some fun facts that we reckon you didn’t know. 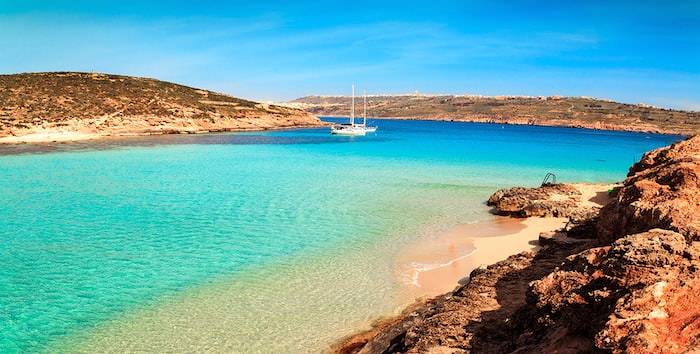 Many people think of Malta as an island, but actually there are three! Malta is the biggest island, which contains the airport and larger towns. A short ferry ride to the north is the second biggest, Gozo. This green island is more rural than Malta, but contains several ancient monuments and pretty beaches. The final and smallest island is Comino. Comino is practically uninhabited, with one hotel as the sole development of the island. What it does have however is the blue lagoon. A sheltered inlet with shimmering turquoise water and white sands which wouldn’t look out of place in the Caribbean.

The capital is a UNESCO World Heritage Site 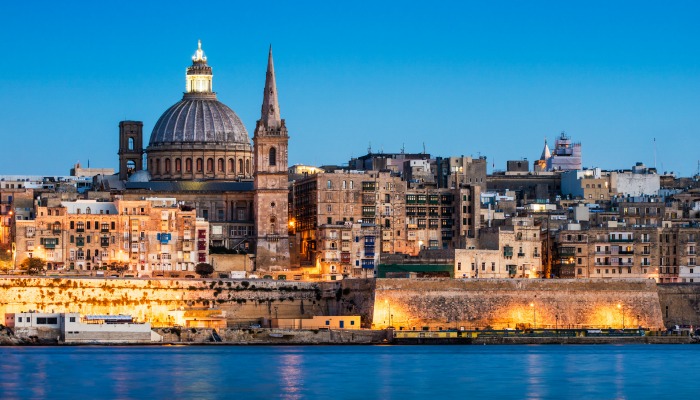 Joining a very minimal list of capital cities that hold the status of UNESCO World Heritage Site is Malta’s capital – Valletta. The walled city was established in the 16th century and its architectural splendours remain today in the form of museums, palaces and a spectacular domed cathedral at its centre.

The capital is right on the seafront, perched on a cliff, making the city appear to dramatically rise out of the sea, emphasising its majestic architecture. Valletta is one of the most concentrated historical areas in the world and home to almost half of Malta’s population.

It’s got some obscure superstitions 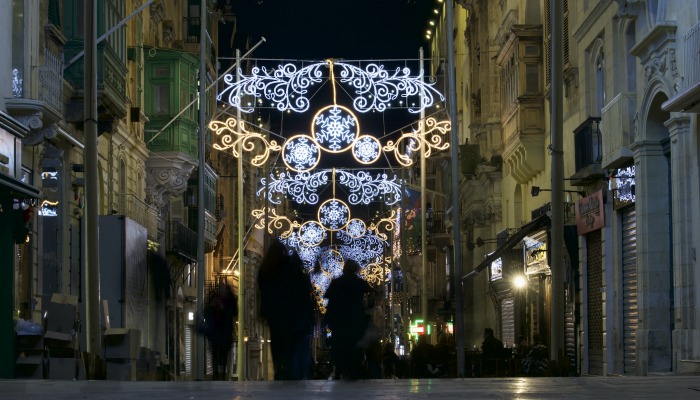 As with every culture, the Maltese have some pretty quirky superstitions that other nations find just downright bizarre.

One such wives tale we particularly like is that anyone born on Christmas Eve will turn into a ‘gawgaw’ – a spirit that scares ill-behaved children. The spirit roams around the islands on Christmas eve night, capturing misbehaved children and leaving them isolated. On Christmas Day, the ‘gawgaw’ resumes its human form and has no memory of its nighttime antics.

Now I don’t know about you but that doesn’t sound all that festive. The only way to stop your fate is to count the wholes of a sieve at 11pm on Christmas Eve (we’re not making this up).

Malta has been ruled by a succession of empires 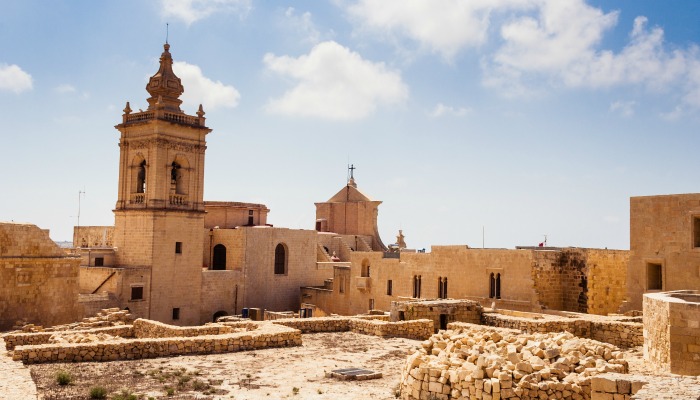 Its prominent position in the heart of the Mediterranean has meant that empires have had their eyes on this little nation throughout the course of history as a strategical conquest. Once under North African and Norman French rule, Malta subsequently fell into the hands of the Romans, then the eastern European Byzantine empire, before being under Arab governance. The island was also French and British before finally gaining independence from the UK in 1964.

It’s tumultuous past and constant changing of hands has meant the islands have only recently become self governing, just over half a century ago. One consequence of this ever-changing ownership is the absorption of surrounding cultures and traditions and the legacy of these empires in the form of architecture, food and lifestyle.

You may recognise some landscapes from TV 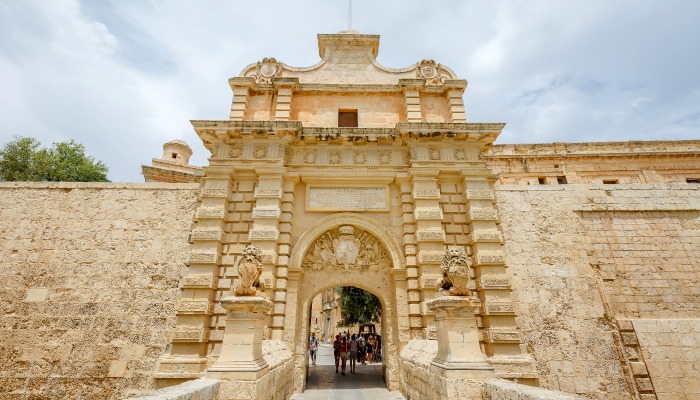 Producers of hit medieval fantasy series Game of Thrones decided that Malta’s craggy coastline was the ideal setting for the first series, so unless you live in a cave, you’ll have come across Malta’s landscapes before. The Azure Window – a natural arch over the sea made from limestone rock and popular scuba diving spot – is just one of the natural landscapes that features in series one. The unique architecture also features throughout the series, with intricate and obscure designs carved into rock alluding to a mythical land. Valletta’s Grand Harbour and The Old Gate of Mdina are just two spots that feature. 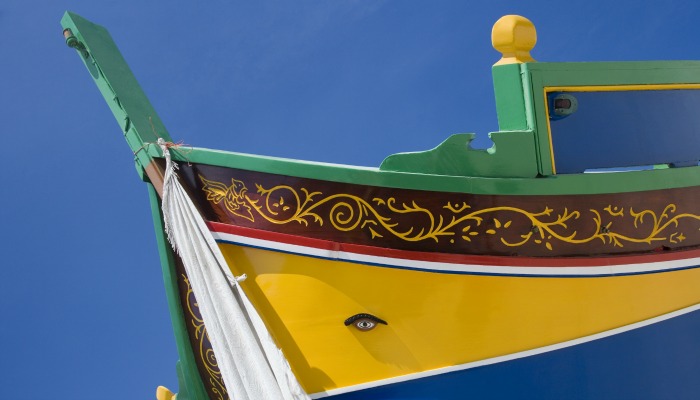 All Maltese fishing boats are painted in bright colours with a pair of omniscient eyes, referred to as ‘luzzu’. The eyes are said to protect fishermen from evil spirits while at sea. This tradition dates back to the times when the Mediterranean was ruled by north African influence and the eyes are thought to be an evolved Eye of Horus – the ancient Egyptian sign for power, health and protection. As well as a fascinating heritage that links modern Malta with its eventful history, the boldly painted boats make the bays and marinas even prettier. 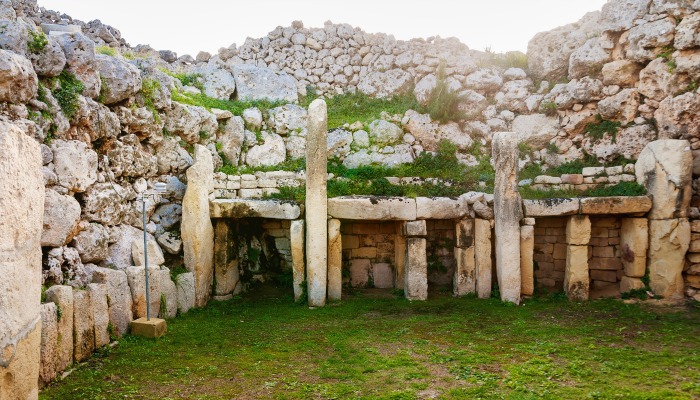 With ruins older than Britain’s Stonehenge, Egypt’s pyramids and the Great Wall of China, the islands are effectively an interactive museum, with evidence of ancient civilisations around every corner. Its archeological record goes as far back as the Megalithic period, dating back to 3600 BC – almost incomprehensibly old. Ġgantija in Gozo and Skorba in Malta are just two of the many ancient temples on this archipelago, both worth visiting. 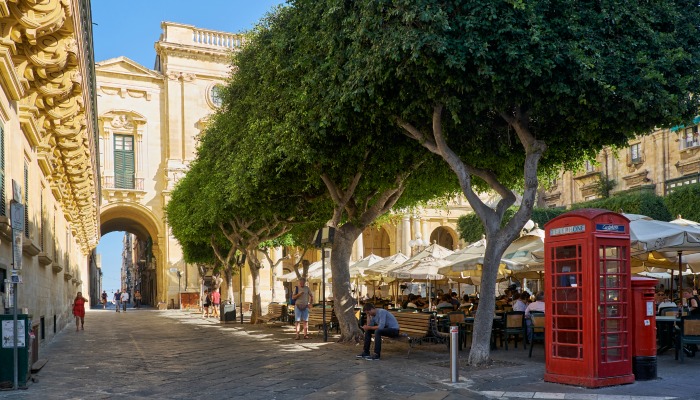 You’ll still notice everyday signs of British colonialism in modern-day Malta. The obvious sign of British influence is the classic red telephone box. Synonymous with British culture, these large red boxes look slightly out of place on these Mediterranean islands, but it makes for a nice juxtaposition (and is a welcome sign for holidaymakers who may be feeling homesick).

It is the only country to be awarded the George Cross 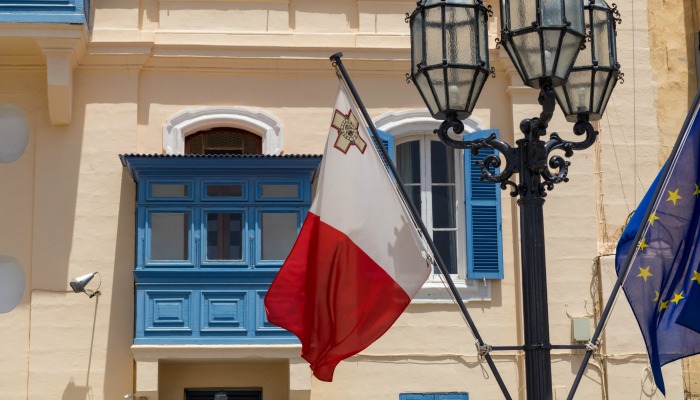 Usually reserved for people who have displayed acts of gallantry, the George Cross was awarded to the entire nation of Malta under strict instruction from King George VI. Given the country’s strategical geographical location, the islands were incredibly significant during World War Two. They came under heavy attack by Italian and Nazi bombers in an attempted siege and the citizens’ bravery in the face of the Axis powers is well documented. The cross continues to feature on Malta’s flag to this day, whilst it is very much independent from the UK, it is a testament to the country’s history.

Malta has its own language 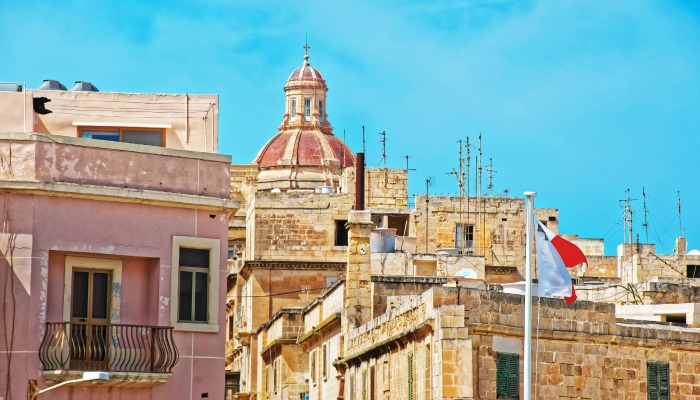 Another custom that Malta has inherited from its previous rulers and vast history is a fascinating language which resembles a jumble of Arabic and English. The language also has Italian roots, dating back to when it was part of Sicily, which was part of a larger North African empire, explaining the interesting mix. It is the only Middle Eastern language written in Latin script, making it exceptionally unique.

Its citizens are ranked some of the happiest in the world 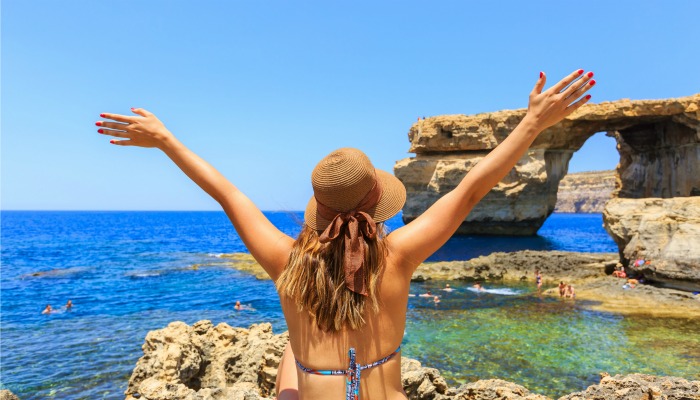 In a recent survey, Malta ranked as the 30th happiest country on earth. With 195 other rivals for a top spot, we like the sound of those odds. It’s hardly surprising the Maltese are such a content bunch, with balmy sunny weather, a capital city of unparalleled natural beauty and a steady economy that does well out of tourism, they’ve got things good.

Malta sound like your dream holiday destination? We’ve got some handy comparison tools to help you on your quest!
Compare flights | holidays | hotels | car hire