With its craggy coastlines and rocky otherworldly beaches, Croatia‘s long stretch of seaside has plenty of nooks and crannies for some hidden gems. We’ve narrowed down the top seven secret caves that you may not have heard of, but are sure worth exploring. 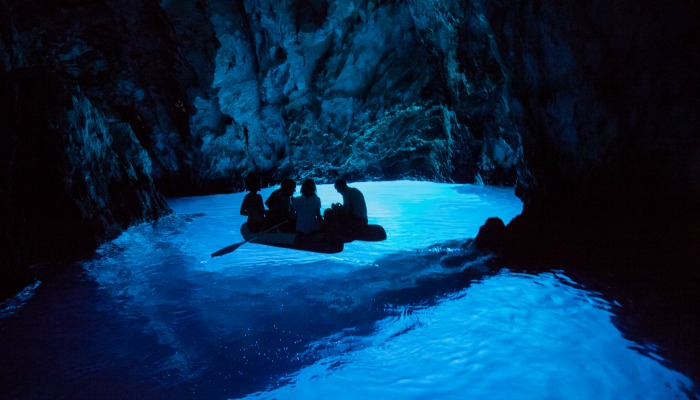 
One of the most unique natural phenomena in the country, the Blue Cave on island Bisevo is a sight to behold and reason alone to head out for a boat trip from the city of Split. Access to this treasured spot is via a small wooden boat through a narrow opening (claustrophobes this isn’t one for you). The crack in the cave walls is enough to let in a dazzling beam of light that illuminates the water to an electric blue that is even more striking against the blackened walls. 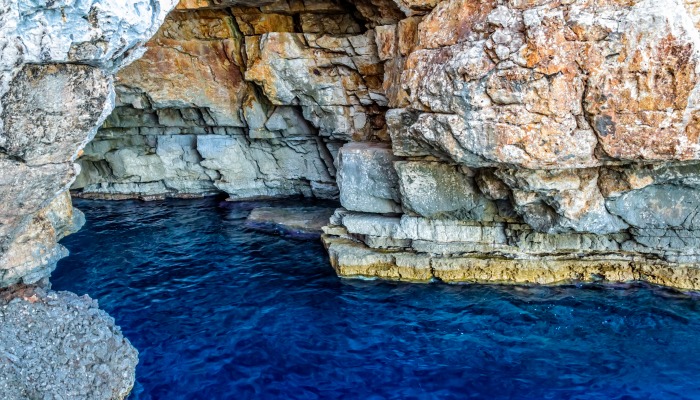 Just off the coast from Dubrovnik and Split, and accessible by a catamaran service is the national park and stunning islet of Mljet. Here you’ll find Odysseus Cave which the more daring visitors can reach by jumping into open water and swimming through a narrow underwater chamber. This grotto is named after the legend of Odysseus who was allegedly shipwrecked near the cave and trapped because of a mythological spirit who ruled the island. Cave lovers can hike to this secret spot and should aim to visit during the summer months around noon time – the time of day the sunlight creates a dramatic spectrum of colours in the sea. 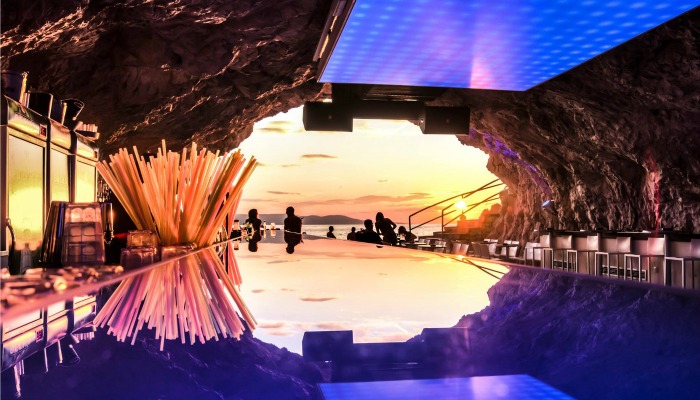 For a wholly different nightlife experience, why not head to Deep: Makarska, a bar set on the beachfront in a cave. By day, this spot is a great option for cocktails in a unique location, and the angle of the cave means the sunshine pours in. Come night-time, the cave completely transforms into a great dance venue with electro DJs coming from around Croatia to play to its crowds. And if it’s all too much, you can always head out for a refreshing midnight dip! 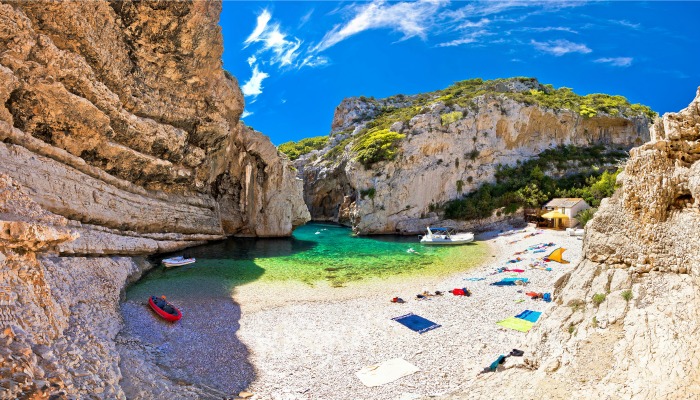 Another spot reachable by boat or by a rather arduous hike, this idyllic bay is sheltered from the sea by two large and looming cliffs in a fjord-like formation that make the beach feel sheltered from the open water. Boats head from Split to Vis Island, stopping off at Vis Town. From here you can take on the tough climb, or opt for a boat transfer to the bay. The tall cliffs make this cove feel even more like you’ve stumbled upon a hidden gem, with the only entrance a gap just four metres apart. Access to this picturesque bay isn’t easy, but is of course the reason why its beauty is so preserved. 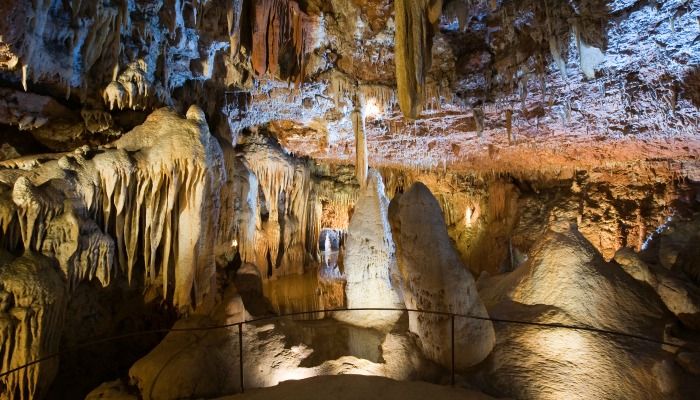 The unique peninsula of Istria is shared by Italy, Slovenia and Croatia. With its enchanting farming villages and acclaimed gastronomy, it’s clear why all three countries want to state their claim on this coastal spot. Its beaches are extremely popular, so to avoid the crowds and escape to a pleasant 14 degrees temperature, visit its underground Baredine caves where you can admire the ancient stalagmites and stalactites that have formed naturally after years of being carved by water. There is also the chance to do some climbing. 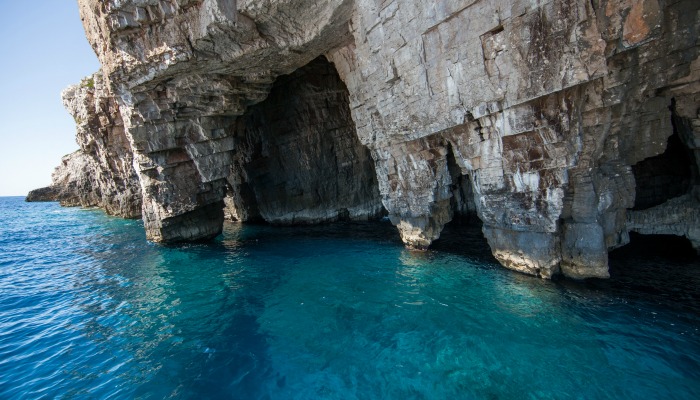 Green Cave is a sea cave in the small island of Ravnik, near Vis. Various boat tours run from the city of Hvar and sail to this treasured spot in a boat that sails right into the heart of the cave. Named after the beam of light in the roof of the cave that casts a green spectrum on the water, visitors can jump into the sea and explore the cave with snorkelling equipment, or by climbing up the rocks and jumping in. 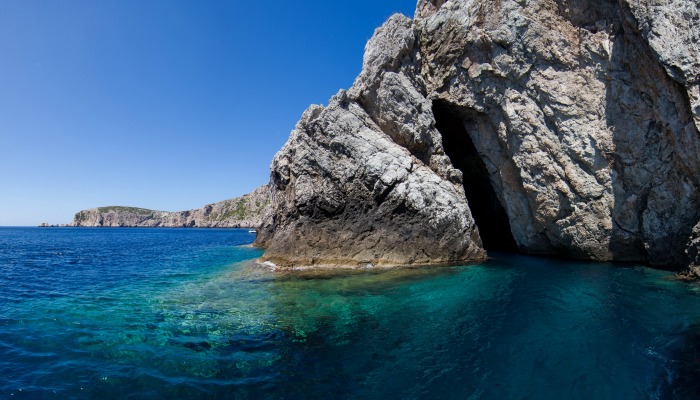 Another hidden grotto on the island of Bisevo is the legendary Monk Seal Cave. The story of this cave has been passed down through the generations, with tales of bizarre ‘mermen’ creatures dwelling here. It is presumed that these folk-lore stories are actually based on sightings of seals playing in the caves, but it’s fun to go along with the mythological fantasy. Entering the cave is actually pretty perilous, and boats have to consider the sea level and time of day before making the journey. Many travel to see the cave in a dinghy, but there are also options for thrill-seeking scuba divers to explore its depths.

Fancy discovering Croatia’s deepest darkest caves for yourself? Use the tools below to design your ultimate holiday!
Compare: flights | holidays | hotels | car hire