Where Is Hot in November and December (and Won’t Break the Bank)?

We’ve officially entered the chilly months, and we don’t know about you, but we miss the warmth of the sun on our skin already. Winter sun sounds seriously expensive but we’ve rounded up the destinations that are hot right now and yet still won’t break the bank.

The Canary Islands lie further south than the majority of Morocco, and as such, boast warm temperatures and dry climes throughout the year. Tenerife and Gran Canaria are marginally warmer than the other isles, but all of the islands enjoy highs in the mid 20s in November and December. Flights between the UK and the Canary Islands take between four and four-and-a-half hours, so you’ll be sunning it up in no time. The islands are brimming with lovely beach resorts and hotels, with all inclusive spots being incredibly popular.

Cape Verde is a cluster of ten islands to the west of Senegal. It’s a popular winter sun destination thanks to its long swathes of golden sands, and twinkling blue seas. Temperatures here remain really rather high all year round, with highs of 28 in November, and 26 in December. While climes are warm, it’s worth noting that the days are still shorter with six hours of sunlight in December. Sal and Boa Vista are the most visited islands, with sprawling all inclusive resorts dominating the hotel scene. The flight duration between Cape Verde and the UK is around six hours, making the country better suited to slightly longer stays. 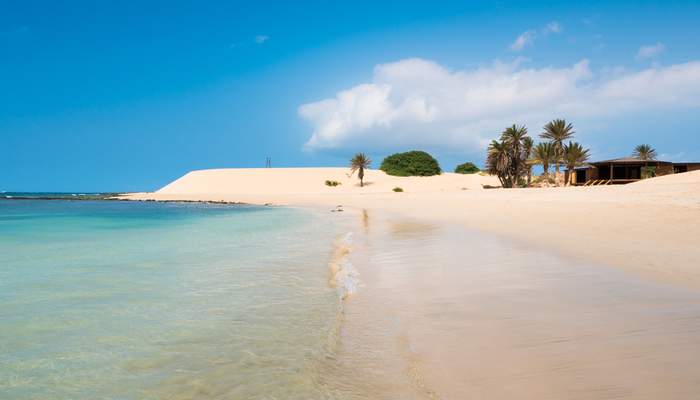 The petite African country of Gambia offers a wallet-friendly taste of paradise. The beaches here have flour-soft white sands, and gently swaying palms. They really are postcard-worthy. Animal lovers will rejoice too as the country’s seven national parks are home to hippos, manatees and chimpanzees — making for a truly unforgettable experience. The country enjoys highs in the mid 30s in both November and December, so get ready to feel those rays. The most popular areas with tourists are the beach towns of Kotu and Kololi. 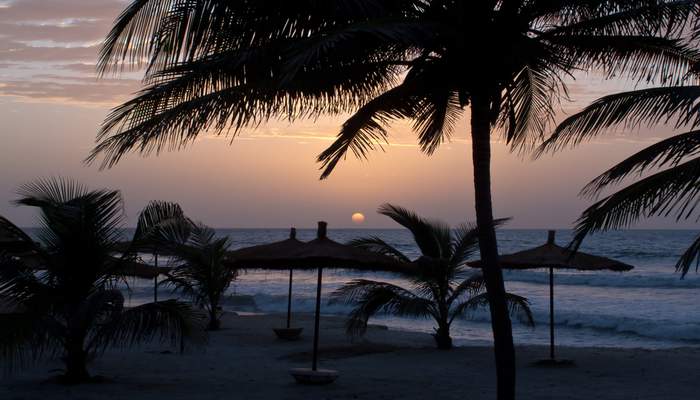 The Spanish city of Seville isn’t as hot as the other destinations on this list, but if you’re looking for a city break with some sunshine, look no further. Temperatures in November and December sit between 17°C and 20°C, giving you some rays while also being comfortable enough to get out and explore. We recommend spending a full afternoon at the Royal Alcázar of Seville, a grandiose palace with sprawling manicured gardens. Elsewhere, you’ll find rooftop bars aplenty — grab an Aperol Spritz and say goodbye to winter gloom.

The Dominican Republic is the furthest away of the destinations we’ve featured on this list, and it is admittedly a little pricier than the others. However, it is the most wallet-friendly of the Caribbean destinations, with holidays often available here for under £600 per person. You’ll find highs of 30°C in both November and December, so you’ll have the full beach holiday experience on a winter break. The country is a beachy wonderland, with snorkelling opportunities aplenty in the turquoise waters.