7 Mind-Blowing Myths & Legends from Around the World

Folklore, campfire tales and fairy stories: myths and legends are often used by humans to explain things they don’t understand, from natural phenomena to glimpses of sea creatures. They stem from the fear of the unknown, from natural curiosity, and even from simple miscommunication. If you’ve seen the Swedish taxidermied lion – which is, it has to be said, rather an unfair portrayal of the majestic creature – you’ll understand how easy it was for common people (read: non-explorers) to misunderstand the descriptions given by travellers of far-off lands! They can also tell us a lot about circumstances surrounding the myth’s origin, so they can be interesting from a historical perspective too. Read on to discover some of the most fascinating legends from around the world! 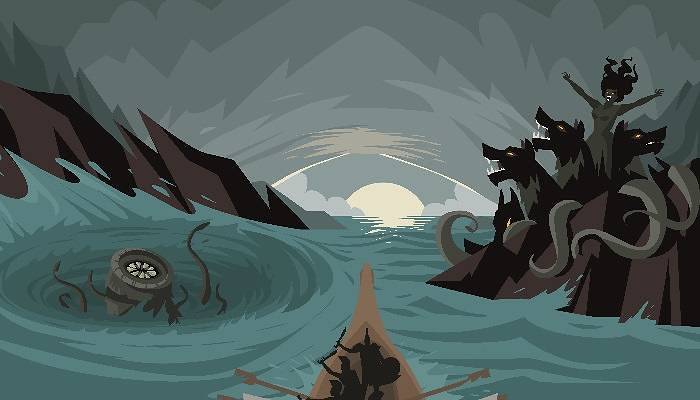 Many of the myths and legends we’re familiar with in England come from Greek storytelling traditions. Creatures like the Minotaur in his maze and Cerberus, the three-headed dog who guards the gates to hell (and who makes an appearance in Harry Potter as Fluffy!), pepper the narratives. Many are used as cautionary tales – Icarus’s melting wax wings warn of the dangers of becoming complacent and not listening to your parents, for example. But perhaps the most terrifying are the legends of creatures created to explain the treacherous natural world that Greek heroes had to encounter on leaving their civilised cities. In Homer’s Odyssey, Odysseus’s ships must sail through dangerous straits. On one side, there’s Charybdis: a creature that dwells in the depths of the ocean and sucks ships into a swirling whirlpool to their peril. On the other side, there’s Scylla: a six-headed monster that plucks men from ships to eat as they pass. Having to choose between the two evils, Odysseus chooses to sail past Scylla, losing six men on each ship but saving the rest of the crew. Talk about being stuck between a rock and a hard place!

Glance around on a visit to Japan and you’re sure to see pictures of a cartoon catfish scattered throughout the cities. Japan sits on four different tectonic plates, and as such is hugely prone to earthquakes. Nowadays, we know that these are caused by the plates shifting slightly, but in years gone by, people had to explain why the ground beneath them suddenly started shaking. They blamed it on one of the yokai, creatures of folklore that were associated with disasters and misfortune. This particular one is known as Namazu the Earthshaker and is a giant catfish that sits under the country. It can only be controlled by one god, Kashima, but he sometimes gets distracted or can no longer hold the giant underground – at which point it thrashes about, causing earthquakes on the land above. Scientists can now estimate when and where an earthquake will hit and know what causes them, but this hasn’t stopped the giant catfish becoming a warning: Namazu appears on signs telling you what to do in the event of an earthquake, but looks a lot more friendly nowadays!

One of the most magical sights in the world, the aurora borealis – or northern lights – have captivated the hearts of many and are on the bucket lists of almost all! You’re most likely to catch them above the Arctic Circle – which explains why so many legends about their origin and purpose originate around there. As you might expect, watching the night sky alight with colour provoked many a myth as to their purpose. One Canadian Inuit legend tells that their ancestors are playing something rather unexpected – football! What’s more, they apparently use a walrus skull as a ball (which can’t be very aerodynamic). Other Inuit stories claim that they are the spirits of the dead, guiding souls through the night sky to paradise, while in Norse mythology, the aurora is light bouncing off the armour and weapons of the powerful, warlike Valkyries. More ominously, some believe that the lights will dance specifically for you if you whistle at them – but this is also believed to cause misfortune and even death when the glow is too close to earth. 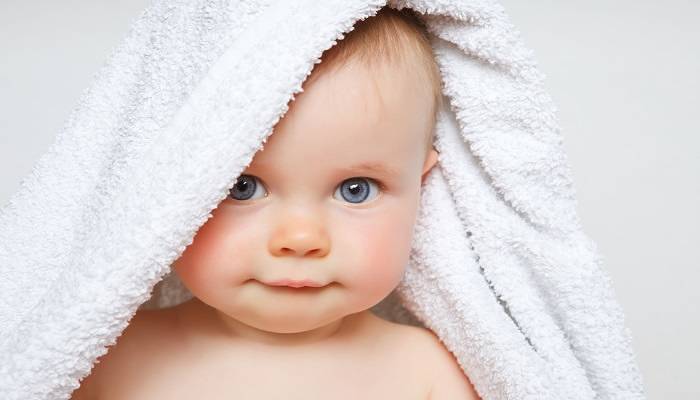 While the fairies of our childhoods tend to be ethereal and innocent, those in folklore throughout the world often have a rather more malicious image. In Ireland, it’s said that fairies sneak into houses at night in order to steal away babies and switch them with fairy replacements. These changelings are said to look similar to the original child, but troublesome, often sickly, and sometimes made out of inanimate objects! An enchanted log or piece of wax imitates the child until the enchantment wears off, causing the actual child to die. It’s not just babies that these fairy abductors are after, though: it’s said that they’re attracted to beauty, so particularly good-looking grown men and women are also at risk. In one famous case, in fact, a husband was so convinced that his wife was a changeling that he burnt her to death in order to restore his true wife to him – and was only convicted of manslaughter. Of course, this myth came about to explain how a formerly healthy person, particularly a baby, could so suddenly fall ill and seem to change before your eyes, but it’s certainly a pretty insidious belief… 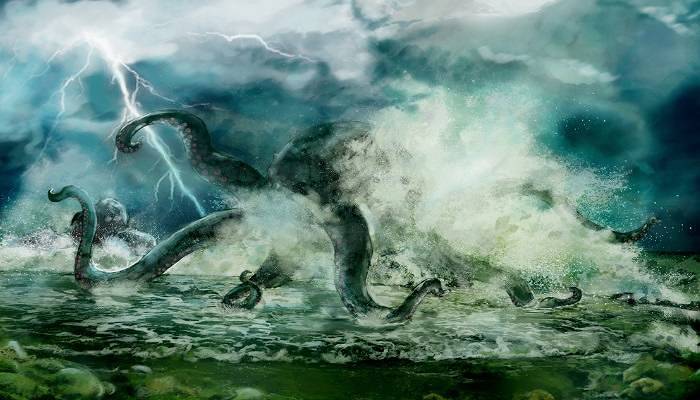 It’s obvious why so many myths and legends surround the swirling darkness of the deep ocean. Even now, we haven’t explored all the depths, and it’s easy to imagine a monster looming out of the darkness towards unsuspecting ships, especially in a time when any world travelling depended on traversing the water. Imagine being on a small fishing boat and catching a glimpse of a creature that’s 30 feet in length – and then imagine that you still can’t see the whole thing. Your imagination would run wild, conjuring visions of an unholy being sent to swallow you up, and you’d certainly mention it when you got back to land! This is what Scandinavian sailors and fishermen reported, and their collective terror became the legend of the Kraken. Said to be the size of ships and horrifyingly aggressive, the beast became synonymous with the dangers of the ocean. Interestingly, the word ‘kraken’ is an old Swedish euphemism for whales – sailors believed that saying the word ‘whale’ would summon the giant creatures, and so cause the boat harm. This isn’t its only meaning, though: in both Swedish and Norwegian, ‘krake’ means an animal that has been twisted and deformed – perhaps a monster sent from the depths to punish. In reality, what the ancient sailors saw was probably just a giant squid – a creature that has been known to reach 43 feet (though it’s thought that they could grow to up to 66 feet!). Giant squid are predatory, and the thought of one of them looming out of the darkness is quite enough to terrify us – never mind adding in myths about avenging monsters! 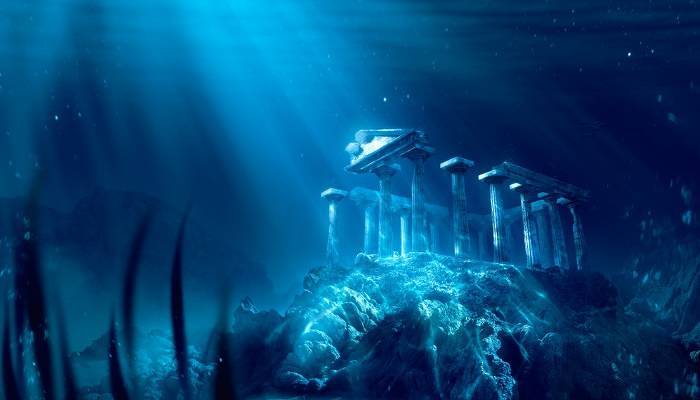 It’s all very well to claim there are beasts lurking in the depths of the sea, but to tell stories of an entire city that disappeared beneath the waves is a whole other ball game. Nevertheless, Atlantis is one of the most prevalent myths today. It’s based on a story told by Plato in ancient Greece, and it’s now believed that he intended the story to be a moral lesson, so he might be a tad frustrated to find out that ‘Atlantis’ has become synonymous with technologically advanced civilisations that for mysterious reasons no longer exist. In the story, Atlantis was a utopia created by demigods that went on to become a great naval powerhouse, however the inhabitants became greedy and forgot to pay the proper respect to the gods, and so the entire city was sunk as punishment. Seems a bit harsh to us! We can trace Atlantis’s origins back to Plato (though he did claim that someone had told him, who’d been told by someone else, who’d been told by someone else…), but it’s not the only tale of whole civilisations disappearing under the sea. Teonimanu, in the Solomon Islands, also apparently vanished without a trace. In this tale, a man was cheated on by his wife, who left him to live on the island with her new lover. In fury, the husband purchased a wave curse and sent the sea to punish the lovers. Interestingly, this one has evidence: there has been debris found on the ocean floor near to the site and eyewitness accounts have been passed down through generations. Scientists reckon this is evidence that a tsunami struck the island: the story tells of many waves, one after the other, that continually battered the island until it no longer existed. 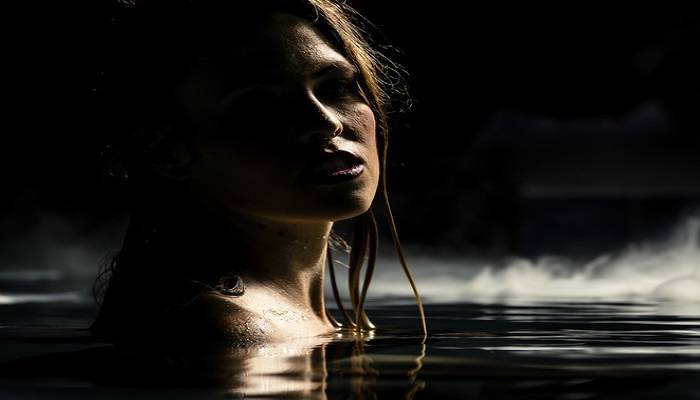 We reckon most people have heard of mermaids, but these malevolent South African ladies are a bit darker than the Disney iterations. Legend tells of a beautiful woman with the tail of a fish – but this one does a little more than brush her hair with a fork. Like the Sirens of Greek legend, this water spirit grabs passers-by and drags them to a watery grave. She’s said to dwell in the pools that scatter the Klein Karoo in the west of South Africa. The Karoo is a semi-desert and is split into two sections: the Groot (great) Karoo, and the Klein (small) Karoo, which is more fertile than its larger counterpart and was entirely underwater until 250 million years ago. While most European mermaid tales are relatively recent, there’s evidence that this one goes back many centuries. The Khoisan people, who made the Klein Karoo their home, left behind paintings on rocks that seem to depict fishtailed humans. It has been suggested that the prevalence of these mermaid paintings is to be expected, and could be a symbol of the importance of water in a vast desert. It has also been argued that the mermaids in the paintings are in fact swallows, another symbol of water – though this has been hotly contested because the creatures appear to be holding things. Most mysteriously though, the people of the Khoisan tribe weren’t known for their symbolic imagery and preferred to draw what was actually happening. Does this mean there were real life mermaids? We’ll be hedging our bets and not leaning too far over any pools in South Africa…

Have these amazing tales inspired you to go exploring for yourself? Check out our Holidays | Flights | Hotels